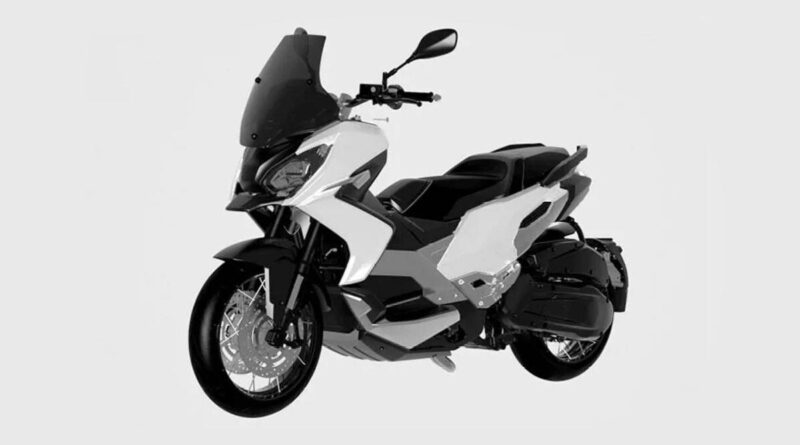 Peugeot Motocycles may be working on an adventurous scooter, according to rumors. The new model had some patent images released and attributed to Mahindra, the owner of the French brand.

If this is confirmed, it will be another model in this segment that is growing worldwide. The market is dominated by Honda with its ADV150, ADV350 and X-ADV models, as well as models from other brands such as the Kymco DT X360 and Aprilia SR GT, for example, among others.

According to information, the Peugeot model would be 400cc, the same engine as the Peugeot Metropolis GT 3-wheel scooter. It is equipped with a liquid-cooled 399cc single cylinder capable of generating up to 26.2 kW (35.6 HP) of maximum power.

From the images we can see that the model is equipped with spoked wheels and double disc brakes at the front, in addition to an engine/crankcase protector.

But, apparently, the exhaust pipe is in a very low position, which can harm its use on off-road.

Anyway, we will have to wait for more information since the image released is from a patent filling and the model may undergo changes and/or improvements.