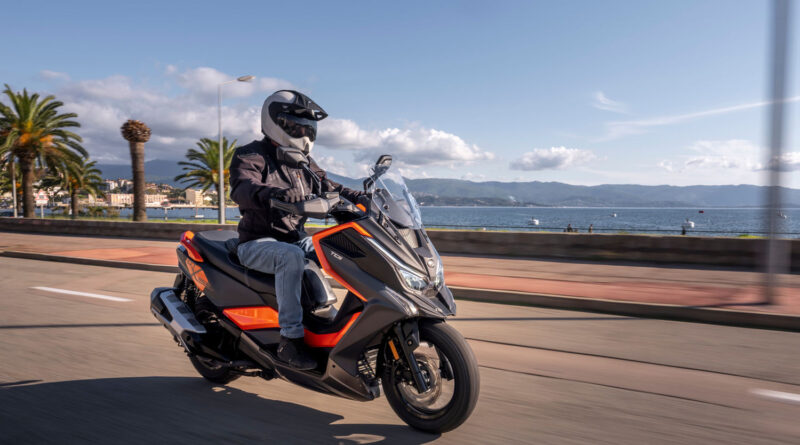 KYMCO launched its first adventurous scooter, the DT X360, a model that arrives with sporty and aggressive design, two-tone paint and a typical “tip” for adventurous motorcycles.

After Honda’s pioneering spirit, which started the adventurous scooter category with the X-ADV in 2017 and, more recently, with the ADV 150, the Taiwanese brand did not want to be left out.

Thinking of the public that not only thinks of a scooter for urban use, but also that one that occasionally takes a dirt road, the brand brings the DT X360, considered an adventurous MaxiScooter crossover.

KYMCO DT X360 features the vertical proportions and the front fender (“nozzle”) that characterize the spirit of a ‘dual sport’ bike, the ‘crossovers’.

It has wider handlebars for easy steering on uneven pavement and a higher seating position that improves the pilot’s visibility.

Despite the adventurous appeal and the tires, the model does not have long-haul suspensions, nor a great clearance from the ground.

Anyway, if we consider the category of scooter adventure, the KYMCO DT X360 arrives to be a middle ground, and stays between the Honda ADV 150 (150 cc) and Honda X-ADV (750 cc). If we consider scooters focused on urban use and on the road, it will fight with Honda Forza 350 and Yamaha XMax 300, among others.