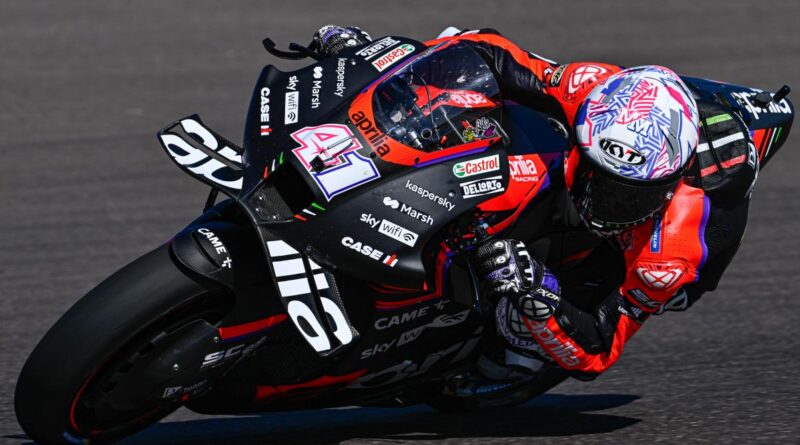 Aleix Espargaro, a Aprilia Racing rider in MotoGP, won the GP of Argentina, this Sunday, and made history: he got his first victory in his career and, in addition, gave the first victory to the Noale factory.

In an exciting and tense race from start to finish, the Spaniard, who started from pole position, did not let Jorge Martin (Pramac Racing) rest and, in the final laps, applied intense pressure, managing to overtake with a few laps to go.

But it wasn’t easy, he tried twice in braking on the main straight, but ended up being overtaken back. The third time, he didn’t give a chance, put his bike side by side and managed to make a perfect braking.

From there, it was just a matter of picking up the pace of the race, taking care not to give space in the corners and crossing the finish line in P1 for the first time, giving Aprilia its first victory in the premier class. Emotion, relief, a lot of crying.

A perfect race and a well-deserved victory, on the day he completed 200 starts in the premier class. It was a perfect Sunday for the motorcycling fan who appreciates a good race.

Anyway, Aleix Espargaro is the leader of the championship, with 45 points, and Brad Binder the second, with 38 points. Next stop: GP of the Americas, in Texas, next weekend.

See the championship standings after the Argentina race:

MotoGP returns on April 10, with the GP of the Americas, at the Circuit Of The Americas, in Texas.