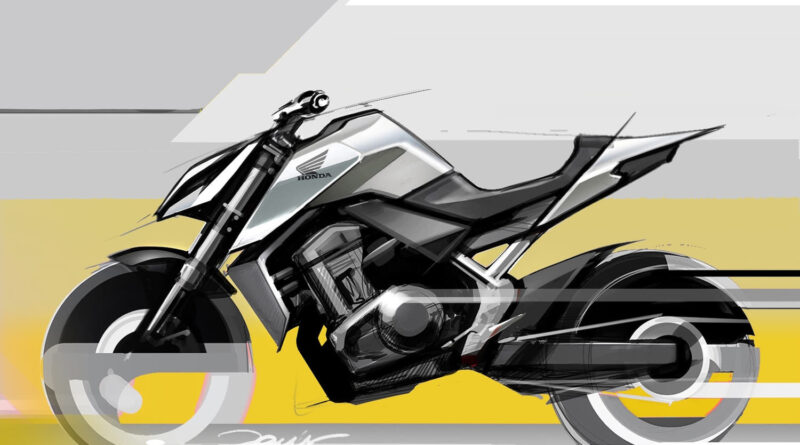 Honda has released new design concept sketches for the new Hornet, its powerful ‘naked’ streetfighter motorcycle. It features an extremely aggressive design, made in collaboration between Honda’s R&D centers in Italy and Japan.

The creation of the concept sketches was led by Honda’s Research and Development Center in Rome, and the designer is Giovanni Dovis, 28, who most recently designed the lines of the new ADV350, the 350cc adventurous scooter.

According to him, the new Hornet will have sharp lines and well-defined angles, with a pointed tail and a very sporty and aggressive front.

“Honda’s design philosophy is to create something pure and functional in an uncomplicated way – models which are both beautifully simple and emotionally appealing. The sketches show how the Hornet design concept promises agility, dynamism and light weight thanks to its slim proportions, pointy tail section and super-sharp lines. It creates a new compactly proportioned look, and has hallmarks of tension and aggression from front to back, outlining the Hornet’s true sporting purpose.”

The announcement of Hornet’s return was made at the Milan Motor Show EICMA 2021, where the company presented new models for Europe. At the event, Honda said that the new Hornet arrives ‘in the near future’, and will bring, in addition to an aggressive design, a ‘powerful engine’.

For now, the new Hornet is still just a sketch of the concept, without any engine and power information. There is also no information on when the model will be released.