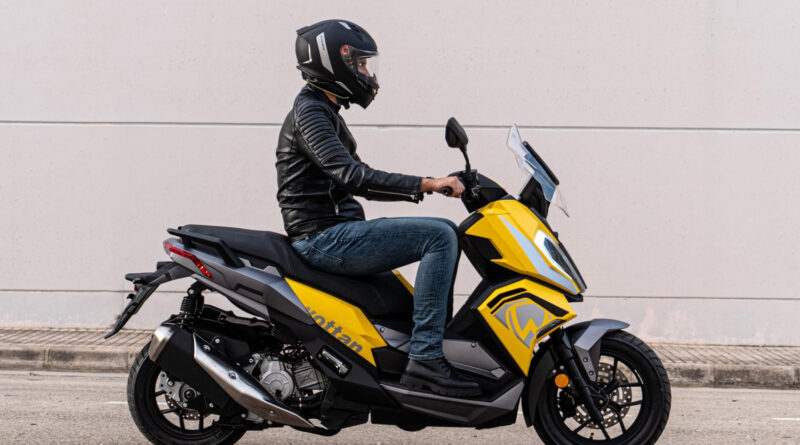 Wottan Motor, a motorcycles and scooters Spanish manufacturer, has launched in Europe the 2023 STORM-V, its first adventurous scooter that is very similar to the Honda ADV160, and that arrives with technology that makes it a good option in the segment.

Despite the general style being based on the Honda model, which was the first to launch an adventurous scooter, it brings some characteristics of its own to differentiate itself in urban traffic, its main environment, since it has a 125cc engine.

Wottan says that its careful design, the powerful engine and the long-travel suspensions make this scooter a true GT with an “adventurous spirit”, designed to escape the routine and enjoy any type of road.

With these characteristics, the model is able to overcome some light obstacles, such as holes, speed bumps and ditches, in addition to being able to venture down dirt and gravel roads, but nothing heavy.

The Wottan STORM-V is equipped with a 125 cm³ 4-valve single-cylinder liquid-cooled engine, which is capable of generating up to 10.5 kW (14.28 HP) of maximum power. The gearbox, as in practically every scooter, is automatic CVT.

In addition, in terms of technology, the model does not disappoint. It features Full-LED lighting, a 7″ color TFT digital panel with Smartphone connection via Bluetooth, Keyless starting system, and space under the seat for a full face helmet and more objects.