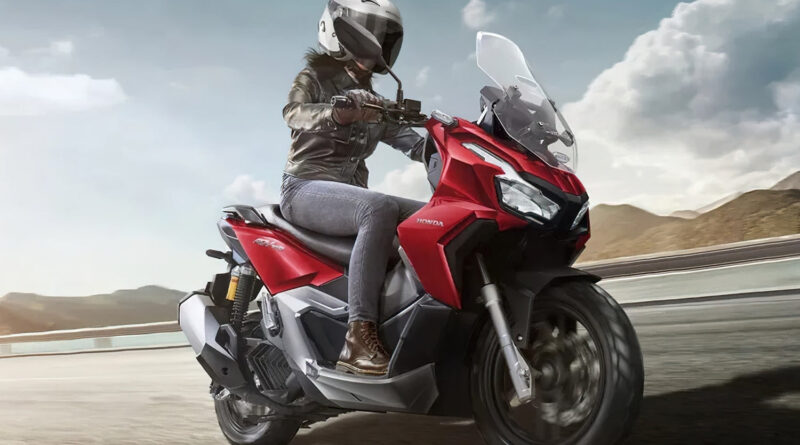 Honda launched in Indonesia the new 2023 ADV160, its 160cc adventurous scooter that replaces the ADV150. It arrives with a new, more powerful engine and improvements that make it even more prepared for small adventures.

With this new engine, the scooter gained HSTC (Honda Selectable Torque Control). This feature, which is often associated with large motorcycles and premium Honda motorcycles, serves to limit engine torque if a difference in the rotational speed of the front and rear tires is detected, so that the potential for tire slippage can be avoided.

In addition, it is very economical since, according to the company, it has a consumption of up to 45 km/L (tests using the WMTC-EURO 3 method) and, therefore, it can run up to 364 km with a tank of fuel.

More comfortable and practical, the new 2023 ADV160 arrives a little wider than the previous model, which allows for a wider footrest, in addition to increasing the space under the seat by 2 liters. In addition, the seat height has been reduced to 780mm (from 795mm), allowing you to place both feet on the ground with ease.

The overall design of the scooter has not changed. It continues with very aggressive lines and full of angles, which became a reference for an adventurous scooter. It features Full-LED lighting with separate headlights, Daytime Running Light (DRL) and LED turn signals with emergency stop.

Moving to the front, it received a slightly larger windshield, which remains adjustable in two levels. In addition, it gained a new digital LCD panel, which brings much more information, such as tachometer, battery indicators, external temperature indicators, average fuel consumption, instantaneous consumption, engine oil change indicators, hours, Trip A and Trip B.

Finally, a 5V 2.1A USB socket was installed in the glove compartment of the front console, replacing the old 12V socket.

Mechanically, it continues with the same set, that is, disc brakes on both wheels (240mm at the front, 220mm at the rear), Showa suspension at the rear, 165mm of ground clearance, ABS brake, aluminum alloy wheels, and dual purpose tires measuring 110/80-14 at the front and 130/70-13 at the rear.

Anyway, there is no forecast of sale of this new model in other countries. For more information, visit https://www.astra-honda.com/.