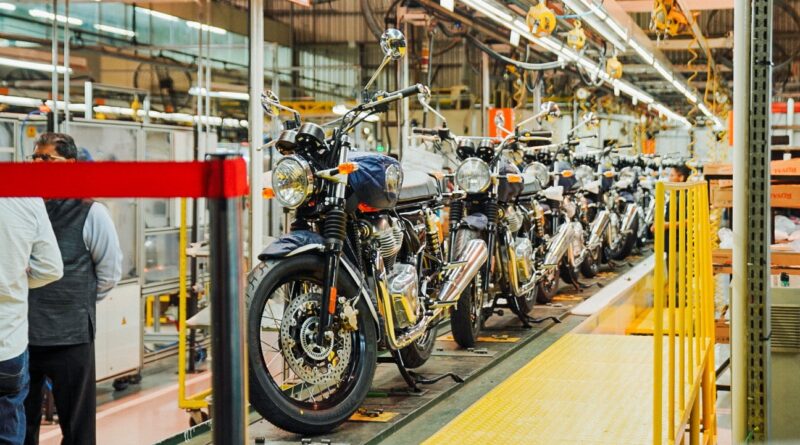 Royal Enfield announced the opening and start of operations of its factory in Manaus, Brazil, for the assembly of its motorcycles using the CKD method (Completely Knock Down, that is, the parts arrive ready and are just assembled).

According to the company, this is the third plant in the Americas and the fourth outside India, and reinforces the brand’s commitment to Brazil and the region, a market that has shown consistent growth in recent years.

In addition, they say that the Brazilian market is second in brand sales worldwide, behind only India, and that the new plant, with a production capacity of over 15,000 units per year, will feed the growing demand by the manufacturer’s motorcycles in the country.

During the speech at the inauguration ceremony of the assembly line in Manaus, Royal Enfield’s global CEO, B Govindarajan, highlighted the efforts made by the brand that culminated in the brand’s first plant in Brazilian territory.

“Royal Enfield has been working hard to grow in the mid-capacity segment around the world. With significant growth in markets such as Europe, West Asia and of course the Americas, our strategy has been to approach these locations to increase our market share. We started this journey two years ago and opened assembly lines in Thailand and, in Latin America, in Argentina and Colombia. Brazil is a very strong market for us, it has quickly become second in sales worldwide after India – we saw over 100% growth in Brazil in 2019. We are very happy to launch our fourth global CKD operation here in Brazil, which proves our commitment to the country and to a region that has a lot of market potential. We are confident that this plant will further boost our growth in the mid-capacity market in Brazil and allow us to feed the growing demand for our motorcycles even more efficiently”, said the director.

Royal Enfield arrived in Brazil in 2017 and currently is selling the Classic 350, Meteor 350, Himalayan, Interceptor 650 and Continental GT 650 models. In November 2022, it ranked fifth in the ranking of brands that most sell motorcycles in the country, behind only Honda, Yamaha, Shineray and BMW.