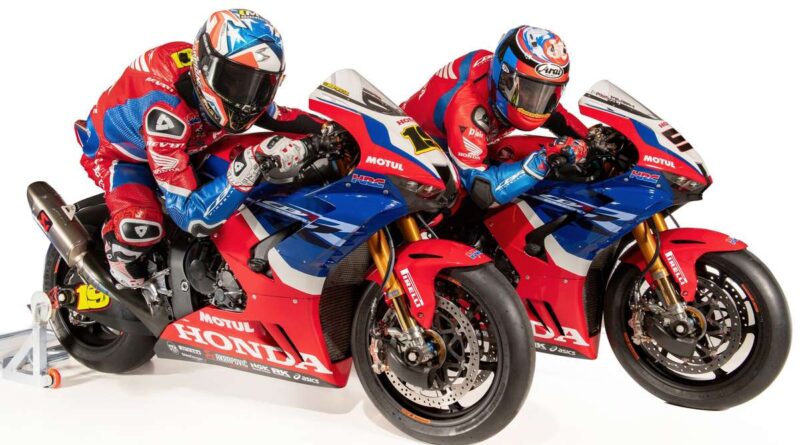 Team HRC revealed their bikes for the 2021 MOTUL FIM Superbike World Championship (WorldSBK). There isn’t much changes in graphics and colors, comparing to the bikes from last season.

After securing a podium through Alvaro Bautista in Honda’s return season, hopes will be high that Team HRC can build on this under the guise of new Team Manager Leon Camier and riders Bautista and Leon Haslam as they look to challenge for wins, podiums and, ultimately, Championship glory.

For the 2021 season, the Honda CBR 1000RR-R Fireblade SP is showing a new sponsor: Motul

The bike is basically the same for this new season, having updated only itens that can not be seen, such as chassis, engine (internal parts) and electronics.

Alvaro Bautista hopes that this season, the Fireblade has more rear traction, to let him fight for podiums and even for wins.

The 2021 WorldSBK season starts on May 21-23 at the MotorLand Aragon circuit in Spain.