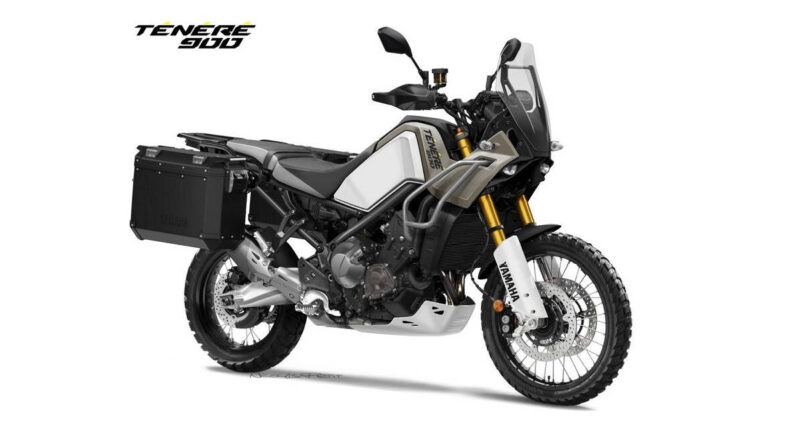 In recent days there has been a rumor on the internet that Yamaha may be working on a Ténéré 900 based on the Tracer 9. The model would come to take the place of the late XTZ 1200 Super Ténéré.

There is a great possibility of a Ténéré with a bigger engine and that would be above the Ténéré 700. The latter is a model that was well accepted around the world and Yamaha is not usually left out of competitive segments.

If it is based on the Tracer 9, it would use the CP3 three-cylinder, 889 cm³ engine, which, in the crossover model, is capable of generating up to 119 hp of maximum power and 9.4 kgfm of torque.

Of course, the design would be entirely based on the Ténéré 700, with a characteristic look of rally motorcycles, fully focused on off-road.

We do not believe that the Yamaha model would fight with the BMW R 1250 GS and Triumph Tiger 1200. Instead, it would enter the segment that today has the BMW F 850 GS, Triumph Tiger 900 and KTM 890 Adventure, among others.

Anyway, as still not just rumors we can not confirm that this model will indeed be released. But it would be good for Yamaha’s brand lovers who need a bigger adventurer bike.

Anyway, for for information about Yamaha Motor UK, access https://www.yamaha-motor.eu/gb/en/products/motorcycles/.