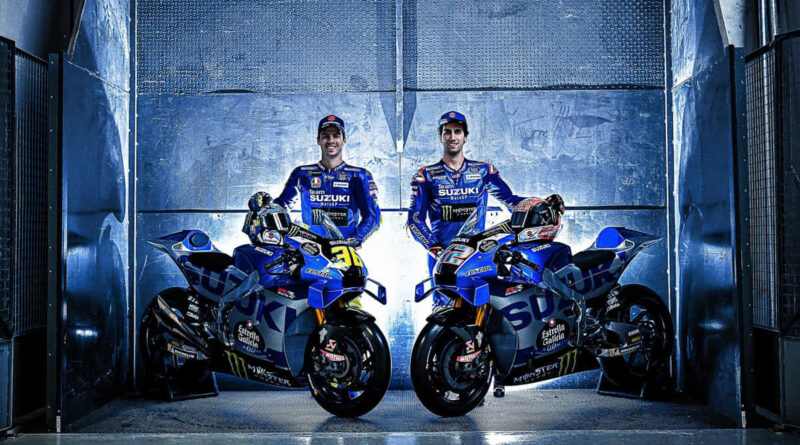 A rumor has been circulating on the internet that Suzuki would be withdrawing from MotoGP at the end of the 2022 season.

One of Europe’s and the world’s leading motorcycle and motorcycling websites, motorradonline, says this buzz is circulating in the MotoGP paddocks in Jerez during testing.

They also say that there is still no official confirmation from Suzuki, but they say it’s pretty much right.

In addition, they bring that the fate of Joan Mir, the 2020 MotoGP World Champion for the team, will be the official Honda (Repsol Honda Team) and that the fate of Alex Rins is still unknown.

So, this rumor could be true as, at this very moment of writing this article, the MotoGP website has published a Statement from Dorna Sports regarding Suzuki. See below in full:

“Following recent rumours of Suzuki departing MotoGP™ at the end of 2022, Dorna Sports has officially contacted the factory in order to remind them that the conditions of their contract to race in MotoGP™ do not allow for them to take this decision unilaterally.

However, should Suzuki depart following an agreement between both parties, Dorna will decide on the ideal number of riders and teams racing in the MotoGP™ class from 2023.

Dorna continues to receive high levels of interest from a number of both official factories and Independent Teams looking to join the MotoGP™ grid as the sport continues to set a global example of close competition, innovation and entertainment, reaching hundreds of millions of fans around the world.

Interest from these parties has been re-confirmed in the past 24 hours.”

Anyway, now we are waiting for more information, including an official one from Suzuki.

For more information about MotoGP, visit the website https://www.motogp.com/.