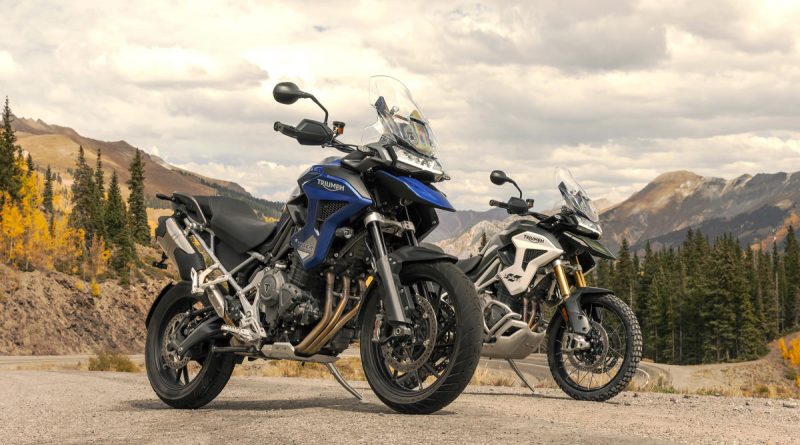 Triumph launched in Europe the new 2022 Tiger 1200, its 1200cc Bigtrail motorcycle, which arrives with a new slimmer design, more powerful and lighter than the previous model.

According to the brand, the new Tiger 1200 is more than 25 kg lighter than the previous model, bringing 9 HP more power with its new T-Plane engine.

The main feature of the Explorer versions is that they have a fuel tank with 30 liters of capacity. In other versions, the tank is 20 liters.

The new 2022 Triumph Tiger 1200 has a new cleaner and simpler design, looking narrower than the previous model. The frame, for example, is very visible, with little fairing and side covers.

The front was the most reworked, with new sharper LED headlamps, a new side support that connects the tank to the headlamps, and with the LED turn signals in a new position, at the height of the headlamps.

In addition, with a slimmer body, it is easier to put your feet on the floor and the seat has height adjustment, which can be even lower with an accessory.

In terms of braking, all versions have the power of Brembo Stylema and the advanced Optimized Cornering ABS system.

Finally, the semi-active suspensions comes from Showa, with a 49 mm inverted front fork. The travel is 200 mm in GT versions and 220 mm in Rally versions.

The new 2022 Triumph Tiger 1200 arrives equipped with the new 1,160 cc T-Plane engine and the company says it is all new, that is, cylinder, piston, cylinder head, gearbox and clutch, in addition to a completely new shaft drive and bevel box.

Finally, the exhaust muffler is new, lighter and more compact, and produces an improved soundtrack as the new T-Plane engine features firing pulses at 180, 270 and 270 degrees, resulting in one short gap and two long gaps between the firing.

Finally, there is also heated grips and seats (seat heating is standard on ‘Explorer’ versions only).