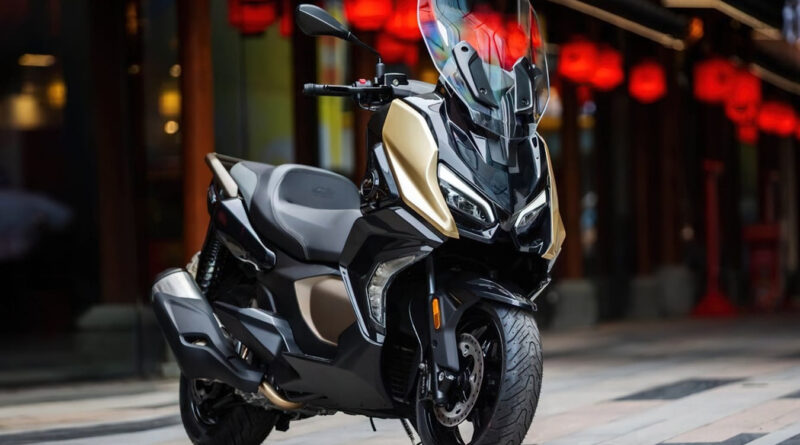 QJmotor is about to launch the Fortress 350, its premium 350cc scooter, on the European market, which comes to compete with the Honda Forza 350 and Yamaha XMax 300, among others.

According to information from the German website Motorradonline, the new scooter should appear at EICMA 2022, the Milan Motor Show, which takes place in November.

For now, there are still no technical details of the Fortress 350, but from the images, we can identify a few things.

The design, for example, is very modern and aggressive, and very similar to the Yamaha XMax 300, at least from the front. The windshield is high and wide, which helps protect against wind and rain.

Finally, we can note that the lighting is Full-LED and that the panel is fully digital in color TFT, which makes it more equipped than its competitors.

So that’s all we have, based on the images available. We still don’t know the engine, nor its final power, but we can estimate it to be something around 34 hp.