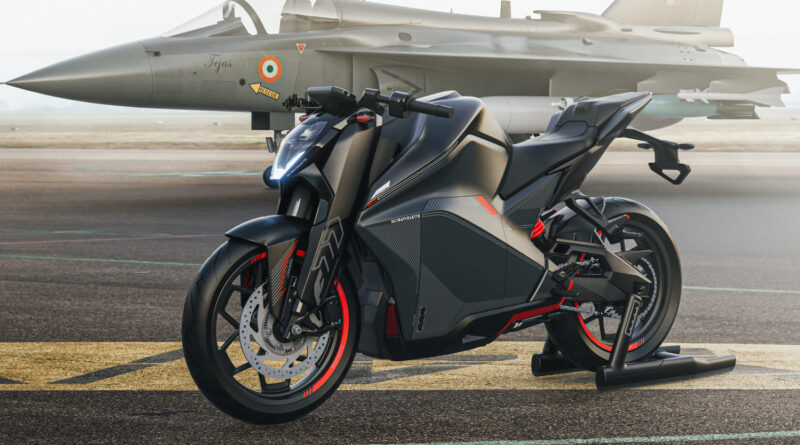 According to information, the model is being developed and tested for more than 5 years, and will be officially launched in the Asian country on November 24th.

In addition, some say that there are already more than 70,000 pre-launch booking interests from 190 countries, but this information we could not confirm.

The Ultraviolette F77 will be released in three versions: Airstrike, Shadow and Laser. All are identical from a mechanical point of view, only changing their colors and graphics.

The main highlight of the model is its super aggressive and futuristic design, with lines that resemble a ‘supernaked’ with side fairings of sportsbike, leaving the engine and battery set hidden.

With a power equivalent to 33.5 hp, the Ultraviolette F77 has a central motor with up to 25 kW of maximum power, and 90Nm/450Nm of torque on the motor/wheel. With this, the company says it is capable of reaching up to 147 km/h and can accelerate from 0 to 60 km/h in just 2.9 seconds.

In terms of battery, it is equipped with 3 x Modular Li ion battery pack(s) with a maximum capacity of 4.2 kWh, which allows a range of up to 150km. In addition, it can be recharged with a standard 1kW vehicle-mounted charger or a 3kW portable charger, with a total time ranging from 1.5 hours in Fast mode to 5 hours in Standard mode.

Anyway, the company has not yet released the price, but it should not be cheap, as the model calls for an exclusive futuristic look.