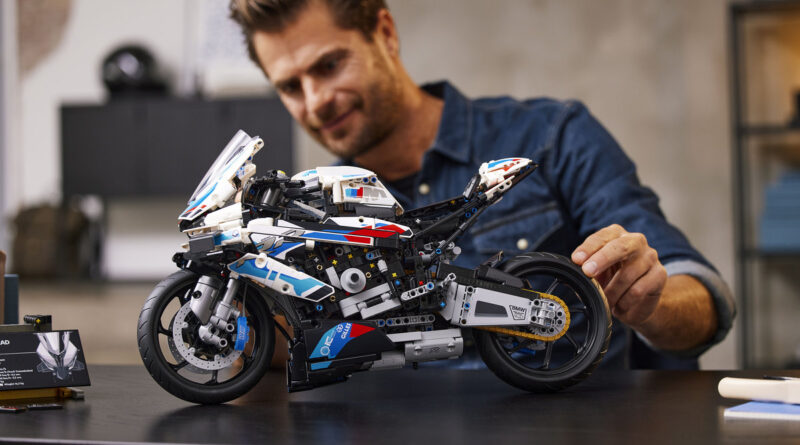 The BMW M 1000 RR received a miniature version made by Lego Technic. The model was recreated in 1:5 scale and has no less than 1,920 parts. It’s 45.5 centimeters long and the details are worked to perfection.

There are two types of support: paddock and display type, perfect to match the spirit of the tracks of the original bike. It’s the chance for BMW Motorrad enthusiasts to build their own version of the BMW M 1000 RR.

Ralf Rodepeter, Head of Marketing and Product Management at BMW Motorrad: “When the management of BMW Motorrad announced the first M model on two wheels, the BMW M 1000 RR, everyone knew that it would be something special. In the same way, the LEGO Technic team realised they needed to come up with something unprecedented to pay tribute to the M RR. The result is a motorcycle and a technical model that each represent the state of the art in their respective fields.”

Samuel Tacchi, designer at the LEGO Group commented: “It’s been so much fun getting underneath the skin of such a significant model for BMW Motorrad. There’s a reason why these beautifully engineered bikes are so universally loved by the biking community, and we are confident our LEGO Technic version is a winner like its real-life namesake.”