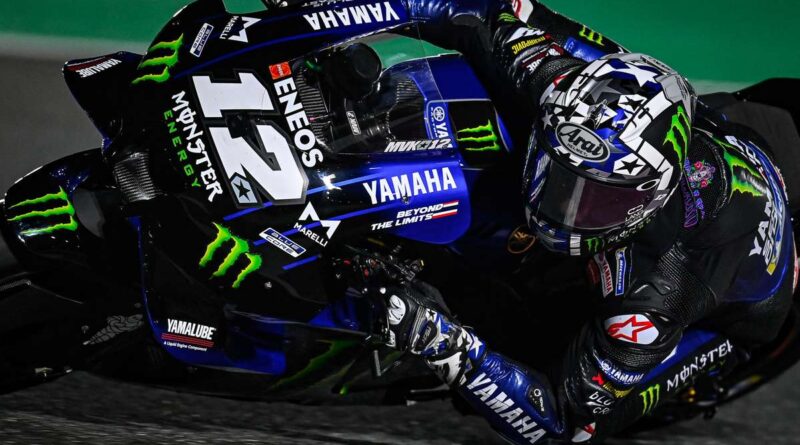 Maverick Viñales, Monster Energy Yamaha rider in MotoGP, had a spectacular race, one of the best, and won the Grand Prix of Qatar this Sunday.

In the opening round of the 2021 season, the Spaniard did not skimp on his talent, leaving from third position, losing a few more at the start, but managing to recover and take the lead in style. In fact, more good news: after the race, Viñales revealed that his wife is expecting his first child, and dedicated this victory to her.

Who dominated the front almost the entire race, was the “newcomer” Francesco Bagnaia (Ducati Lenovo Team), who made a great start from pole position. In fact, we will highlight that 4 Ducati bikes (2 official and 2 from Pramac) “took” the first 4 positions at the start, something impressive.

But the Italian, used his rear tire a lot in the first half of the race and had loss of performance in the final laps. Even so, he managed to finish on the podium in third, with the “help” of Johann Zarco (Pramac Racing Ducati).

Zarco was another one who had an excellent race, starting from sixth position, jumped to second at the start and remained there until half the race, when he was overtaken by Vinãles. The Frenchman then positioned himself behind Bagnaia, after he was overtaken by the Yamaha rider. After a few laps, he managed to overtake the official Ducati driver and held on to second place until the last corner of the last lap. It was when Joan Mir (Team Suzuki Ecstar), who has been “eating by the edges” since tenth place, overtook, but missed the braking point a bit, on the curve leading to the main straight. There was no way, the Ducati engine spoke louder and Zarco crossed the line, ahead of the Suzuki driver, and Bagnaia was the one who came with him in the “vacuum”, that is, the “Ducati locomotive” massacred Suzuki practically over the line.

Despite this, Suzuki got good points in the race, with Mir in fourth and Alex Rins in sixth.

Fábio Quartararo (Monster Energy Yamaha MotoGP), who had a great start, including “holding back” Viñales for a few laps, lost performance at the end, and crossed in fifth.

Aleix Espargaro (Aprilia Racing Team Gresini), had a great race and managed to finish seventh. His brother, Pol Espargaro (Repsol Honda Team) came next, finishing eighth (he also had a great race, as he started from 12th position).

Fans of Valentino Rossi, now a Petronas Yamaha SRT rider, were a little sad as the veteran finished only 12th. We remember that he started from 4th position, and came to dispute 3rd at the beginning of the race.

Anyway, it was a great opening race for the 2021 MotoGP season and shows that this season promises good disputes, especially when Marc Marquez returns.

See the result of the race in Qatar:

MotoGP returns on April 4, with the Doha GP, also in Qatar.