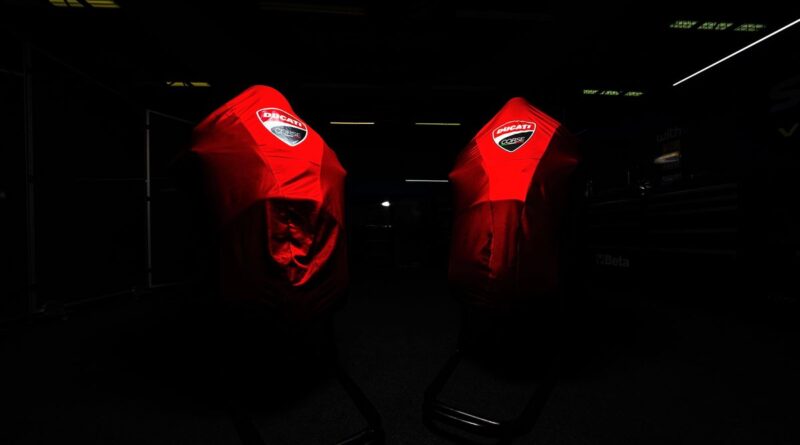 MotoGP has reported that Valentino Rossi’s new team, Aramco Racing Team VR46, has signed a contract with Ducati and will compete in the main category from 2022 to 2024.

The Tavullia-based team also confirmed that they have signed a five-year contract with Dorna Sports to race in the premier class.

The Aramco Racing Team VR46 will be an independent team with the Borgo Panigale factory, with two bikes lined up on the 2022 grid and beyond.

Pablo Nieto – current Team Manager of SKY Racing Team VR46 in Moto2 and Moto3 – will be promoted to Team Manager of the MotoGP configuration, with the Spaniard closely linked to the talents of the VR46 Riders Academy and the current teams they have in the intermediate and light classes.

The agreement consolidates the partnership between VR46 and Tanal Entertainment Sport & Media, the joint venture with Saudi Aramco and is part of Tanal’s investment plans for Entertainment Sports & Media related to Saudi Vision 2030.

These include major urban projects linked to the KSA New Cities brand, cutting-edge research and technology with the involvement of MAIC Technologies, KMHG and other international partner projects and projects aimed at sustainability also in the motorsport sector.

Valentino can run for his own team

Valentino Rossi has not yet defined his professional future, and his current contract with Petronas Yamaha SRT ends this year.

But, if it depends on the new partners of the VR46 team (especially the Prince of Saudi Arabia), the Italian has a seat available.

See below (at the end of the article), the prince’s statement, in which he says it would be great if Valentino could compete in 2022 as a driver for the Aramco Racing Team VR46.

Comments from those involved

Alessio Salucci, VR46 Riders Academy: “We are happy to announce that in 2022 we will race in MotoGP with a team of two riders in the colours of the VR46. A journey that began a little over eight years ago with the birth of the VR46 Riders Academy, a beautiful adventure shared with Sky, a long, demanding journey, but full of satisfactions and which makes us very proud. This milestone has a truly unique meaning, but it is not an arrival point.”

“Year after year, since 2013, we have grown, we have managed to write beautiful pages of our sport between Moto3 and Moto2 and we crossed our path with many young talents of Italian motorcycling that we have had the privilege of being able to support in their growth path and that we will continue to support from the classes lower up to the MotoGP. A key moment in our history that would not be it was possible without Carmelo Ezpeleta who has always believed in this project and to Ducati for the trust he has placed in us for the future.”

Carmelo Ezpeleta, Dorna Sports CEO: “Having the pleasure of welcoming Team VR46 to the MotoGP category in 2022 is exciting both for fans from all over the world and for the MotoGP paddock followed the incredible career of Valentino Rossi and the growth of the VR46 Riders Academy from the beginning. Valentino is and will continue to be a very important part of the FIM MotoGP World Championship and now, with his team arriving in the class MotoGP, his extraordinary legacy will continue to inspire new generations of riders and fans. We welcome them to the premier class and look forward to many great achievements in the future.”

Luigi Dall’Igna, Ducati Corse General Manager: “We are very pleased to have reached this agreement with VR46 for the next three years. Their Academy has always worked seriously and with great professionalism, giving many riders the opportunity to gain experience in Moto2 and Moto3, and today they can be proud to have brought three young riders of great talent. VR46 has also shown that it is able to competently manage the a successful team in Moto3 and Moto2 and therefore we will strive to provide the maximum technical support to their new team in MotoGP, convinced they have found in VR46 an ambitious and motivated partner like us, with a common goal to achieve great results together.”

HRH Prince Abdulaziz bin Abdullah Al Saud: “To communicate the beauty of Saudi Arabia’s Vision 2030, from our history millennial to the major projects that have been announced for the next few years, we have selected VR46 for a five-year joint venture as a strategic partner for competing as protagonists in the MotoGP World Championship organized by Dorna Sports. The agreement just signed between the team and Ducati for the supply of motorcycles for the seasons 2022-2024 is certainly news that we welcome very much positive. Ducati is a company that has great value both in Italy and abroad as well to have demonstrated incredible competitiveness.”

“It would be great for me that Valentino Rossi can compete in the next few years as a pilot of our Aramco Racing Team VR46 together with his brother Luca Marini who already competes this year with the sponsorship of our brands KSA New Cities, MAIC Technologies, TANAL Entertainment Sport & Media. TANAL Entertainment Sport & Media and Aramco in the next few days will announce a collaboration in the projects from Saudi Arabia of international motorsport and the details of the project with VR46 in MotoGP and Moto2 world championship with the hope of being able to further extend its presence in MotoGP, which represents a fantastic show to train in the future young Saudi champions are also imminent.”

As a result, the Thai Grand Prix will be held one week later, from October 15th to 17th.

In addition, they have also confirmed the cancellation of the Motul Grand Prix of Japan. The ongoing Covid-19 pandemic and the resulting travel complications and logistical restrictions mean that it has not been possible to confirm the event at this time, meaning that it will not appear in the 2021 calendar.

The FIM MotoGP World Championship hopes to return to racing in front of Japanese fans at their home Grand Prix in 2022.

Carmelo Ezpeleta, Dorna CEO: “The organizational and logistical requirements to execute a MotoGP event meant that June was the deadline to define the second half of the 2021 calendar. MobilityLand needed to confirm the viability of the Japanese Grand Prix but since they could not confirm it by the current date, we must sadly take the decision to return to Motegi in 2022. Japan is an incredibly important country for the FIM MotoGP World Championship, with three Japanese manufacturers in the premier class making it a true cornerstone of the sport. We would like to thank everyone at MobilityLand for making the Japanese Grand Prix such an incredible event since the very first event in 1992.”

Kaoru Tanaka, President of Mobilityland Corporation: “We have been preparing for this year’s MotoGP Japan Grand Prix with the hope of bringing the event back to Japan this autumn. So that planning for the second half of the season could be carried out, we needed to make a decision about ensuring to hold the event now at this timing. Considering current travel conditions and restrictions about staying in Japan and abroad, we came to the conclusion that we have no choice but to cancel the Grand Prix. It is a very unfortunate outcome. We thank all fans and concerned parties for your generous understanding. On the other hand, the Formula 1 Honda Japanese Grand Prix on Sunday Oct. 10, 2021 at Suzuka Circuit (Suzuka, Mie Prefecture) and the Suzuka 8 Hour Endurance Road Race on Sunday Nov. 7th, 2021 are now busily preparing to hold as planned.”