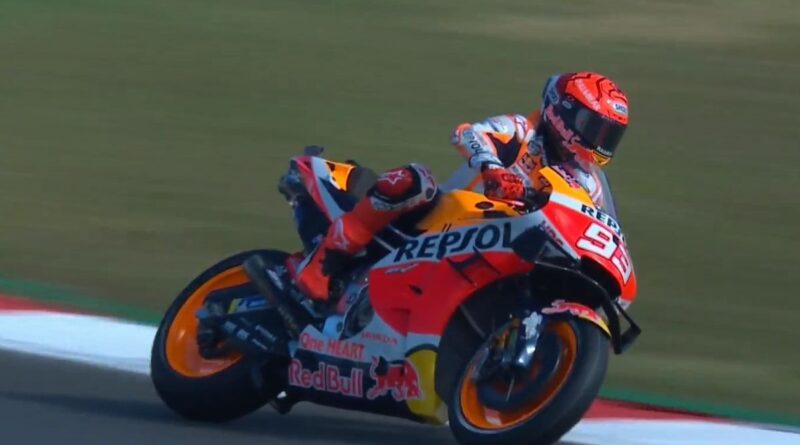 Marc Marquez, Repsol Honda Team rider in MotoGP, is back in the ‘circus’ of the top category in world motorcycling.

The Spaniard finished FP1 as the 3rd fastest, behind only Maverick Viñales (Monster Energy Yamaha MotoGP) and Alex Rins (Team Suzuki Ecstar), and shows that he is in shape and will compete for the top positions.

It was a long 265 days away from his Honda RC213V bike, but he showed a lot of intimacy with his machine.

After six laps, the eight-time World Champion was just 0.061s behind the fastest so far, Francesco Bagnaia (Ducati Lenovo Team).

However, as track conditions improved, so did times. On his last quick lap, Marc Marquez took first place and it looked like it would be a fairytale comeback for the Spaniard.

But, two laps later by compatriots Viñales and Rins, they saw the HRC star being relegated to third place.

However, it was a very promising return to action for Marc Marquez, who returned to the pits with a radiant smile. It is safe to say: he is back.

We remember that it was only the first training session and after a long period off the tracks. What’s coming in the next few days? We have to wait, but it seems that the eight-time world champion is not going to relieve his opponents.

You can follow all the developments on social medias with the hashtags #MarcReturns and #PortugueseGP.

FP2 takes place this afternoon, at 14:10 local time (GMT+1). On Sunday, April 18, the Portuguese GP will take place at the Autódromo Internacional do Algarve.