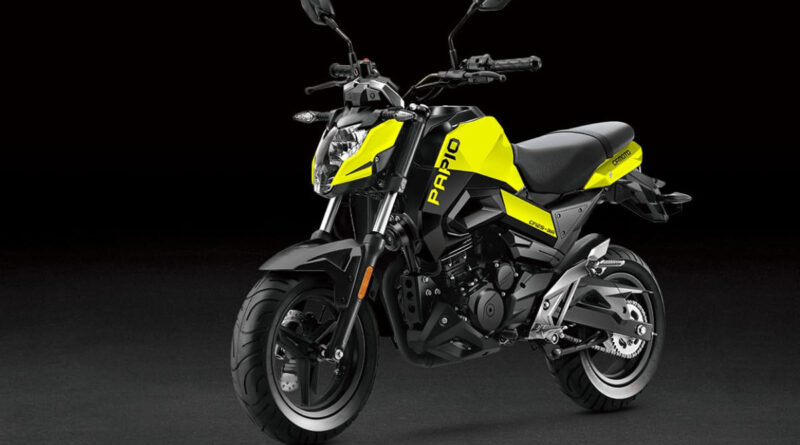 Those who enjoy mini bike soon remember the Honda Monkey and its modern version MSX125 Grom. Now, another model in this category appears, the ST Papio, from the Chinese manufacturer CFMOTO.

First, CFMOTO is a Chinese manufacturer of motorcycles, ATV’s and utility vehicles, as well as engines, parts and accessories. For motorcycles, it has partnered with KTM and uses the same design studio as the Austrian brand.

The company says that it invests heavily in research and development and in quality assurance, and is beginning to gain market share worldwide, bringing technology at an affordable price.

With that, their bikes are very similar to those of KTM. In addition to the ST Papio, it has other bikes, ranging from 150cc to 800cc, both in the ‘naked’ and adventurous segments.

The company’s biggest motorcycle recently launched is the 800MT, an adventurous 800cc bike that comes in as a cheaper alternative to the luxurious BMW F 850 GS and Triumph Tiger 900.

How is CFMOTO ST Papio

The CFMOTO ST Papio is a stylish mini bike that provides a lot of fun. It has a short wheelbase, small wheels and wide tires, as well as a powerful 125cc engine.