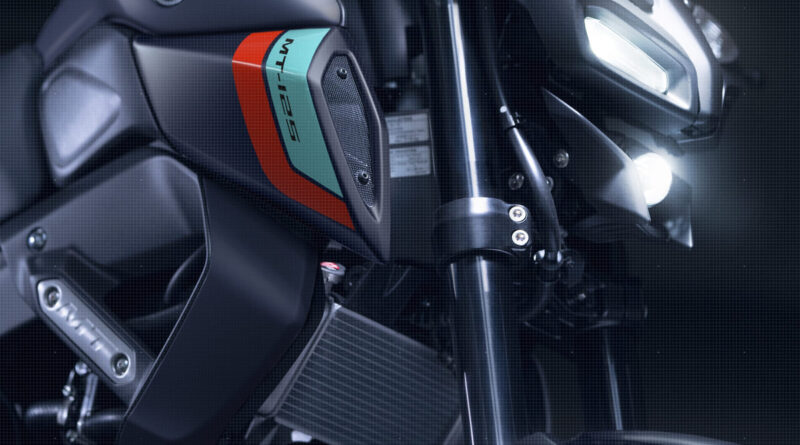 Yamaha has launched in Europe the 2023 MT-125, its 125cc ‘naked’ bike, which arrives with a new colored TFT panel and traction control, to remain one of the best options in the segment.

New to the 2023 MT-125 is the 5″ color TFT panel with Bluetooth for smartphone connection. It has a modern looking layout with a bar-style tachometer on top.

In addition, when connected with a Smartphone, it is possible to view notifications of incoming calls, emails and messages, in addition to the possibility of notifying the rider of any technical problem that may be detected on the motorcycle and transmitting a notification to a dealership or any other contact that has been designated.

Finally, the model received a new traction control system, which gives the rider an even greater level of confidence and control, especially on surfaces with low grip.

In terms of colors, there are no changes. The 2023 MT-125 is still available in Cyan Storm, Icon Blue and Tech Black.

The 2023 Yamaha MT-125 received its last major update in 2019, when it arrived with a new design, particularly the front. The front optics, for example, gained two lines of LED daytime running lights, which look like eyebrows, with a single headlight projector, also in LED, just below. In addition, the overall design of the bike became more modern and aggressive, with a high tank and short tail, a signature of the Master of Tork “DNA”.

As mentioned, the model now features Yamaha’s state-of-the-art traction control, which uses advanced ECU functions and real-time riding data provided by sensors placed on the rear wheel, to lessen the chances of skidding, giving you plenty of control on slippery surfaces.

The transmission is a 6-speed with an assist and slipper clutch, the fuel tank capacity is 11 liters and the kerb weight is 142 kg.

Anyway, the 2023 MT-125 received these improvements to remain one of the best options in the premium 125cc segment, which also features Kawasaki Z125, Honda CB125R, Suzuki GSX-S125 and KTM Duke 125, among others.