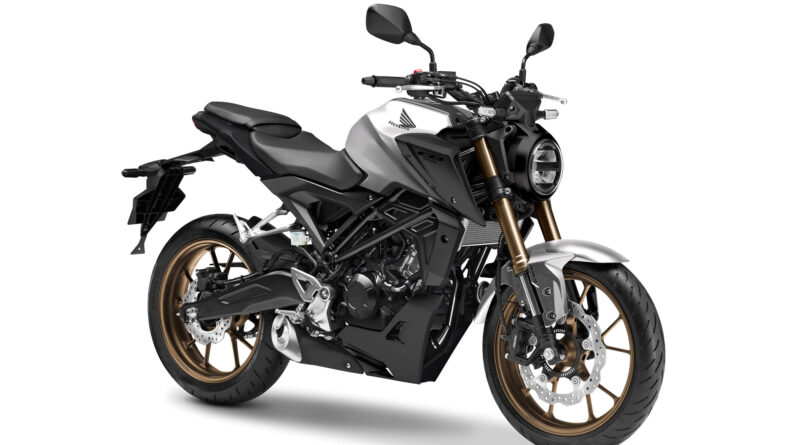 Honda has launched in Europe the 2023 CB125R, its 125cc premium ‘naked’ motorcycle, which arrives with new colors and graphics, but keeping the mechanical set and design of the previous model, to remain a great option in the segment.

One of the highlights of the CB125R is its high-spec front suspension. It features a 41mm Showa ‘Separate Function’ Big Piston (SFF-BP) fork, something usually seen on big bikes.

In addition, it has an oversized brake system and also usually only seen on high-displacement motorcycles: the floating front brake disc has 296 mm in diameter; radial-mount Nissin brake caliper has 4 pistons; and the ABS system is two-channel.

Finally, the model has the same design as more powerful motorcycles such as the CB300R, CB650R and CB1000R: it is called ‘Neo Sports Café’, a mix of minimalist retro with a very modern touch.

But since it was launched in 2017, the model has been top-of-the-line specification, highlighting an easy-to-ride chassis, engaging engine performance and super agile handling.

The transmission is a 6-speed with an assist and slipper clutch, the fuel tank capacity is 10.1 liters and the kerb weight is 130 kg.

In addition, it features Full-LED lighting, an inverted LCD digital panel, a round headlight that uses a dual-bar light signature, with an upper LED for low beam and lower LED for high beam, and the taillight is the thinnest ever assembled on a Honda motorcycle.