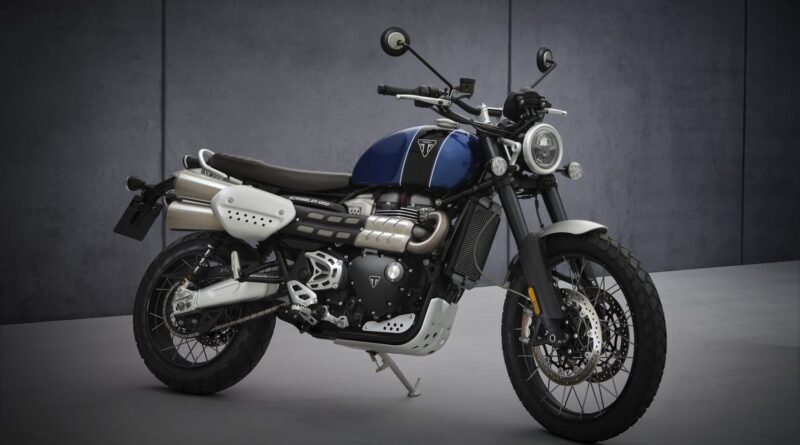 Triumph unveiled the 2021 model of the Scrambler 1200 XC and XE in Europe, along with a Steve McQueen Limited Edition, with only 1,000 units available.

The 2021 Triumph Scrambler 1200 XC and XE’s engine have been upgraded to comply with the new Euro5 anti-pollution standard. In addition, it has a new Euro5 exhaust system update with improved heat distribution.

The Scrambler 1200 XE is more geared towards off-road forays, as it is all prepared for this, with longer travel suspensions and a long-travel aluminum swingarm. Its ‘sister’ Scrambler 1200 XC, on the other hand, is more focused on the road, but also has off-road capabilities.

The adjustable front suspension is an inverted fork type with a 250 mm stroke from Showa. The rear, also adjustable, has the same 250 mm travel, but from Öhlins brand, that is, fully prepared for adventures.

Fully equipped with a selection of premium Scrambler accessories as standard, the McQueen Edition is now officially the highest specification Scrambler 1200 of all time.

Inspired by the original competition-spec Triumph TR6, made famous by the legendary barbed wire jump in the iconic 1963 Second World War classic “The Great Escape”, the Scrambler 1200 Steve McQueen Edition has been developed in partnership with the McQueen family.

The distinctive Steve McQueen Edition will also feature the aluminum high level front mudguard as standard, which, along with the rear mudguard, will also be painted in Competition Green.

In addition to the standard 1200 XE’s class leading specification, the Steve McQueen Edition comes fitted with engine protection dresser bars, which add another layer of ruggedness. Fabricated from stainless steel tubing, these have an electro-polished finish and offer additional protection to the clutch and alternator covers.