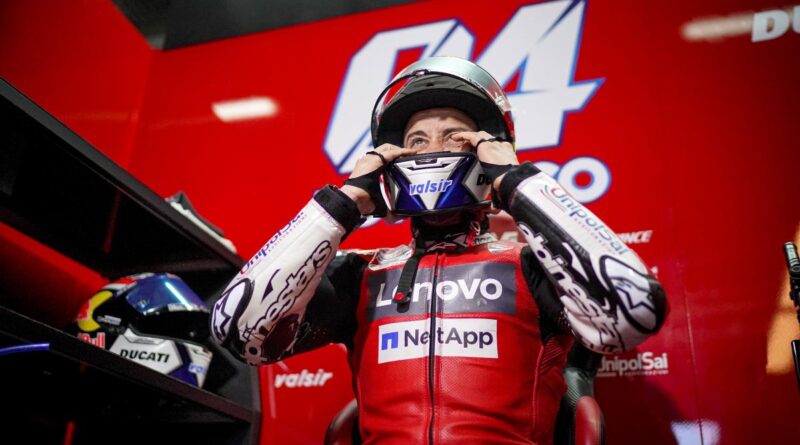 The time has come: Andrea Dovizioso is at the Circuito de Jerez-Angel Nieto to test the Aprilia RS-GP machine. The three-time MotoGP World Championship runner-up, accepted an invitation from Aprilia to test their much-improved RS-GP.

He will be on track on 12-14 April, along with others MotoGP riders like Stefan Bradl (HRC), Cal Crutchlow (Yamaha) and Mika Kallio (KTM), to perform a private testing.

It remains to be seen whether or not Dovizioso will race with Aprilia at some point during 2021, but speaking to motogp.com in Qatar, Dovi’s manager Simone Battistella reiterated that it is unlikely Dovi will make a sensational return to Grand Prix racing action this season.

Battistella also confirmed that no other test dates have been lined up yet, but that of course could change, depending on what happens between the 12-14 of April in Andalucia.

“Well, I don’t think there is a chance this season. For sure he wants to do the test and he accepted the invitation of Aprilia. He was very keen to jump back on a MotoGP bike. We’re working for 2022, though. We’re not thinking about 2021,” commented Battistella.

“It’s just a test for the moment. We didn’t plan or speak about anything else. There may be another test or more testing, but at the moment we just decided to do this one and take it from there.”