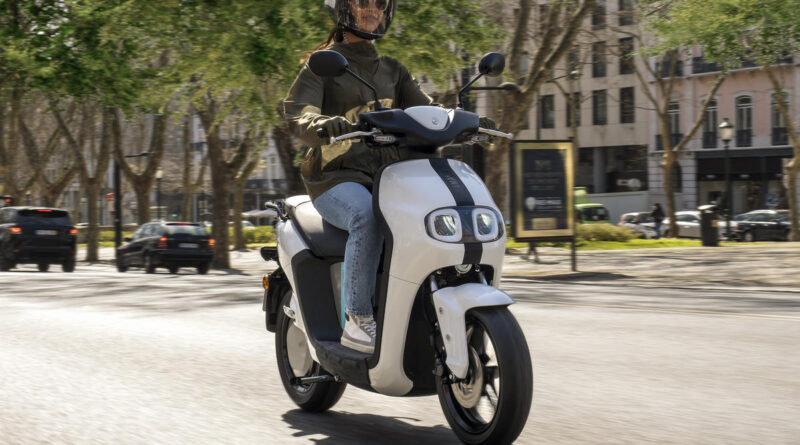 Yamaha launched the NEO’s in Europe, its first ’50cc equivalent’ mass-produced electric scooter to be released in the European market. It arrives with a simple but modern design, and an engine/battery set produced by the company itself.

The new Yamaha NEO’s is the first electric model to be presented by the company in Europe. In addition, the company plans to launch a model equivalent to a 125cc scooter derived from the E01 concept, an electric moped with pedal assistance, and a line of electric bicycles. They were all featured in the Switch On presentation.

In terms of design, NEO’s has rounded lines and a compact body. The dual LED headlight gives the impression of ‘eyes’, or rather, cute ‘robot face’. This setup, according to the company, is inspired by the original NEO’s iconic face.

The battery, we can say, is the weak point of the model. It has a removable lithium-ion battery with 50.4 V and 19.2 Ah, which, according to the company, allows a range of up to 37 km in STD mode and up to 38.5 km in ECO mode. At least it has space for one additional (and optional) battery and, with that, the autonomy can reach up to 68 km.

Finally, the new scooter has Full-LED lighting, LCD digital panel with smartphone connection, Smart Key, 13″ wheels, KYB (Kayaba) suspension at the front, and low resistance tires, with 110mm at the front and 130mm at the rear.

Yamaha NEO’s will be available in selected European markets from May 2022 in the following colors: Milky White and Midnight Black. Price varies per country.