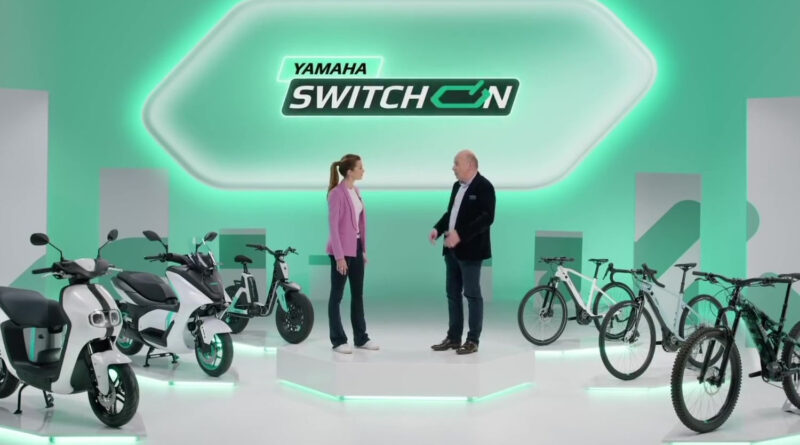 Yamaha launched the Switch On in Europe, a line of fully electric vehicles, consisting of electric scooters, mopeds and bicycles. The models will be launched over the course of 2022 and 2023, with the larger model, derived from the E01 concept, being tested in a sharing service fleet, and released to the public in 2 to 3 years.

But still in 2022, in the coming weeks, the company will launch the new NEOS, a model with the capabilities of a 50cc moped, but with the look and size of a modern scooter.

The company’s main product in the electric segment will be a scooter equivalent to a 125cc model, derived from the E01 concept, which will still receive a name. It also has a modern design, with the size of an NMax 160. This model will be tested in some cities in Europe in sharing service fleets. It is expected to be released to the public between 2023 and 2024.

In addition, the company also presented a model that mixes a bicycle with a scooter, also called a moped in some countries. In this case the company went further, and added a pedal, that is, it is a light and slim model, with the capabilities and fun of a bicycle, but with the comfort and functionality of a scooter.

Finally, the company presented its line of electric bikes, which are already being sold in Japan. There are three main models: a Full-Suspension mountain bike, a speed bike with wide tires and an urban bike, with a mountain bike design, but Front suspension only.

These new Yamaha eBikes will start to be available before the end of 2022 in Europe.

“The concept of mobility has continuously evolved over the years, and consequently our cities and infrastructures have adapted to these changes. However, one thing that has remained the same over the decades is the universal desire and need for personal mobility that gives a real sense of freedom”, said Eric de Seynes – Yamaha Motor Europe’s President & CEO.

“Yamaha is excited to expand its personal mobility range and open a whole new chapter in the history of the company. Backed up by Yamaha’s world-class engineering capabilities and supported by a professional dealer network, the introduction of these new electric products and related services will inspire a new generation of customers”, concluded the executive.