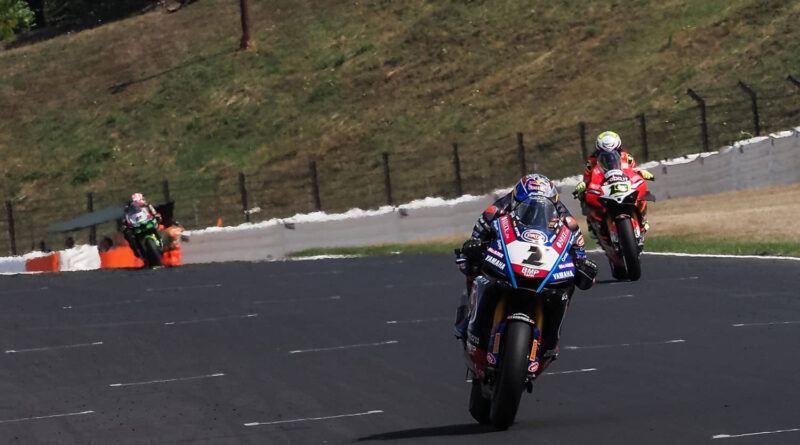 Yamaha rider Toprak Razgatlioglu won race 2 this Sunday at the Most circuit in the Czech Republic for the WorldSBK Championship, but saw Alvaro Bautista (Ducati) extend his lead in the championship.

The Turk, who also won the Superpole race, risked everything in race 2, in a fierce battle with Jonathan Rea (Kawasaki) and Bautista. After taking the lead, he suffered several attacks from the other two riders, but managed to resist and come out with the victory.

Despite not winning race 2, and leaving with only 3rd place in the Superpole race, Bautista leaves Most with a great result and managed to increase his lead in the championship, as he won race 1 and got ahead of Rea in the race 2.

On the other hand, Rea left with a bitter taste in his mouth as he didn’t get any wins and in the two main races, which distribute more points, he was only in third place. Bad result but he felt very competitive and that was visible in the race. In some areas of the circuit, he was much faster than Toprak and Bautista, he even managed to overtake, but he was attacked on the main straight and ended up losing his position in the braking of Turn 1.

Who also performed well in the round of Most was Scott Redding (BMW), who came third in race 1 and fourth in race 2. In the first, he managed to overtake Toprak and Rea, but in the final laps he couldn’t hold the Turk and ended up in third. In race 2, he didn’t perform exactly the same, and his fight was with Axel Bassani (Motocorsa Racing), who finished fifth in the two main races, an excellent result.

Therefore, with the result of the weekend in Most, Bautista is the leader with 298 points, Rea the second with 267 and Toprak the third with 260 points.

Anyway, the WorldSBK Championship returns from the 9th to the 11th of September, with the French round.