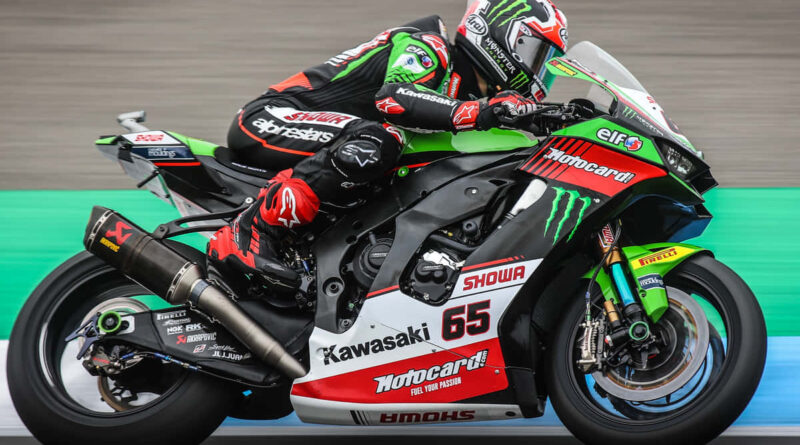 Jonathan Rea, a Kawasaki rider, won race 2 this Sunday at the Estoril circuit, in Portugal, for the WorldSBK Championship, after an intense dispute with Alvaro Bautista (Ducati) and Toprak Razgatlioglu (Yamaha).

Despite having also won the Superpole race, Rea remains second in the championship, with practically the same difference he had to Bautista, as the Spaniard won race 1 on Saturday.

Race 1 was pretty much decided at the finish line. At first, the fight was just between Toprak and Rea, with several overtaking exchanges between the two. Bautista was third, just watching what would happen (remember the episode in Assen, which ended up taking Rea and Toprak out of the race).

But, with a few laps to go, the Ducati rider decided to go for the top, as he had saved his tyres. With that, he managed to overtake Rea, in a mistake by the Kawasaki rider, who was disputing the position with Toprak. The Turk took the lead, with Bautista on his heels.

The Spaniard managed to overtake but couldn’t keep it, as the Yamaha rider brake much better, much more at the limit. Realizing this, he changed the strategy for the last lap: he would remain close to the rival until the last corner, when he would try to overtake before the finish line, only on the strength of the Ducati engine and with superior traction, due to the tires in better conditions.

And that’s exactly how it happened. He got to the last corner very close to the Turk and, at the exit of the corner, he got better acceleration, passing his rival very easily. Toprak couldn’t believe what had happened as he fought the entire race and looked like he would win in the end.

Race 2, this Sunday, was almost a copy and paste, with victory being decided at the last corner. But this time, the dispute happened between Bautista (who was leading) and Rea.

The Kawasaki rider had much more race pace, but he couldn’t overtake his rival as, on the straight, the Ducati was much faster. Rea also changed his strategy and left it for the last lap. And it was at the chicane before the last corner that he put it on the inside trying to overtake. Bautista, despite having closed the way, did not close enough. Rea managed to get ahead and make the last turn in first. Bautista no longer had the same grip, so he couldn’t repeat the winning maneuver he got on Saturday. First place for Rea and second place for Bautista, who still leads the championship.

Who was disappointed in this round in Estoril was Toprak, who hoped to get at least one win. He was second in Race 1 and Superpole, and third in Race 2, and now sits third in the championship, down by 52 points.

Therefore, with the result of the weekend in Assen, Bautista is the leader with 161 points, Rea the second with 144 and Toprak the third with 109 points.

Finally, WorldSBK returns from June 10th to 12th, with the Emilia-Romagna round, in Italy.