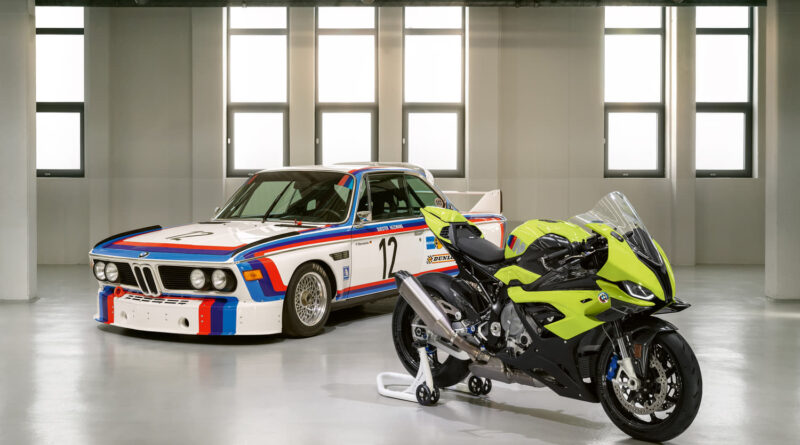 BMW Motorrad has launched a commemorative edition for the 50th anniversary of the M line, founded in 1972 as BMW Motorsport GmbH. The company presented the M 1000 RR 50 Years M, in Sao Paulo Yellow color and with the historic 50 Years BMW M emblem.

The bike will be only offered between 21 May and 30 November 2022 and brings the M Competition Package as standard, extensive M milled parts package, exclusive M carbon package, lighter swingarm in silver anodized aluminum, unlock code for the M GPS laptrigger, the M Endurance chain, pillion package and a pillion seat cover.

The so-called Sao Paulo Yellow color is a fluorescent yellow tone, present in the fuel tank, tail, front fairing and side panels. The other parts are painted black. The model’s price in the US is $36,995.

M – the most powerful letter in the world.

At the end of 2018, BMW Motorrad already introduced the successful BMW M automobile range strategy for motorcycles and has since been offering M special equipment and M Performance Parts. The BMW M 1000 RR finally celebrated its world premiere in September 2020 as the first M model from BMW Motorrad based on the S 1000 RR.

Today, as in the past, BMW Motorrad follows the philosophy of the most powerful letter in the world: M is synonymous worldwide with racing success as well as the fascination of high-performance BMW models and is aimed at customers with particularly high demands for performance, exclusivity and individuality.

Last but not least, the BMW M 1000 RR has also been the base bike for the BMW Motorrad WorldSBK Team since 2021, as well as many other racing teams around the world.

With the use of more carbon fiber and titanium elements, the gross weight has dropped to just 192 kg (against 197 kg for the ‘standard’ S 1000 RR). In addition, the model uses the new BMW M Endurance diamond chain, which does not need to be lubricated or tensioned.

Finally, with the adoption of aerodynamic ‘wings’ in the front side fairings and a higher screen, it was possible to obtain more contact with the asphalt, both in acceleration and in braking and in curves, allowing to reduce lap times, while maintaining the maximum speed (top speed).