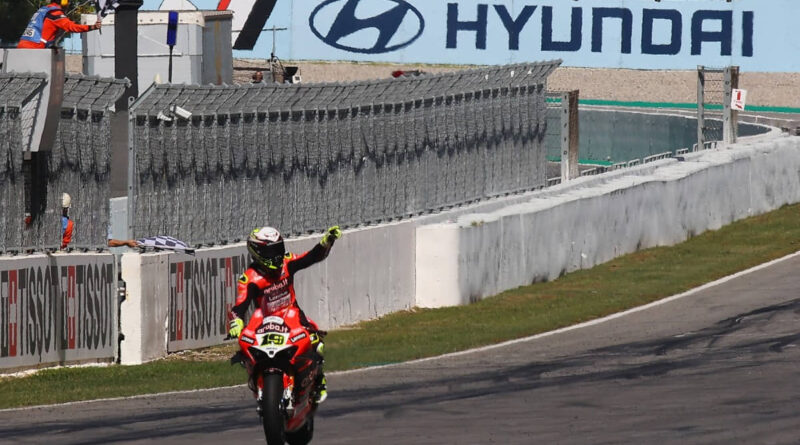 Ducati rider Alvaro Bautista won all 3 races in the Catalunya round, in Spain, for the WorldSBK Championship, and opened up more advantage in the lead of the championship, as his main opponents, Jonathan Rea (Kawasaki) and Toprak Razgatlioglu ( Yamaha), disappointed.

Despite not having achieved a good qualifying (only fifth on the grid), Bautista made an impeccable start in the 3 races, and took the lead in the first corner. It was like he was riding a rocket, or participating in a drag race.

After taking the lead in the races, the Spaniard rode calmly to victory, proving to be with much more equipment than his rivals. With that, he opened up even more gap lead in the championship, despite not having scored in race 2 of the previous round, in France.

As mentioned, who made a weekend to forget were the other two title challengers, Jonathan Rea and Toprak Razgatlioglu. Both said they suffered a lot from tire degradation, but acknowledged that the Ducati rider rode too much, he was unreachable.

In race 2, who also stood out was Michael Ruben Rinaldi (Ducati), who flighted a lot with Rea, Toprak and Axel Bassani (Motocorsa Racing), but managed to finish second, making it 1-2 to the official Ducati on the podium, the first time this season.

It was not the first time that Bautista managed to win all 3 races in a round, but the last time had been in 2019, coincidentally, by the same current team.

Therefore, with the result of the Catalunya weekend, Bautista is the leader with 394 points, Toprak the second with 335 and Rea the third with 327 points.

Anyway, the WorldSBK returns from the 7th to the 9th of October, with the Portuguese round.