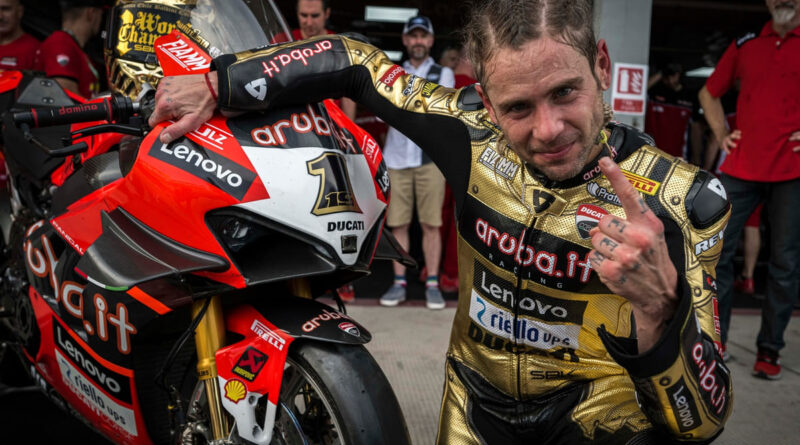 Alvaro Bautista, a Ducati rider in the WorldSBK Championship, became the 2022 World Champion this Sunday, coming in second in race 2 of the Indonesian round.

In addition to this second place, the Spaniard came fourth in the Superpole race and second in Race 1, held on Saturday, and with that, he was left with an advantage that can no longer be reached, with just one round to go.

Who won all three races was Toprak Razgatlioglu (Yamaha), the only competitor who still had a mathematical chance of winning the title. Despite having done his part, he depended on a bad result from the Spaniard to take the decision to Australia.

But it did not. Bautista had an almost perfect season, dominating most of the races and knowing how to manage when victory was not possible.

But he didn’t do it all alone. He had at his disposal an incredible machine, the Ducati Panigale V4 R, which this year proved to be superior to its rivals, as well as a team that always did a good job to put him in a position to fight for victory in each race.

With that, the Spaniard became the first World Champion with a Ducati bike since 2011, when Carlos Checa was crowned by an independent Ducati team.

A little about Alvaro Bautista

In 2007 he moved to the 250cc World Championship, where he stayed for three seasons, finishing fourth, second and fourth in the standings, before switching to MotoGP in 2010.

He scored three podiums and one pole in his time in MotoGP before switching to WorldSBK with Ducati in 2019, where he instantly battled for the title.

There were 11 consecutive victories, in a start to the season of total domination, but in the second part, he began to face problems and many crashes, finishing second in the fight for the title.

The move to Team HRC in 2020 and 2021 has been difficult for Bautista as he has claimed three podiums in two years, although the experience accumulated in those two years has helped his return to Ducati, claiming his first WorldSBK crown.

Finally, the WorldSBK Superbike World Championship returns from November 18 to 20, with the last round of the 2022 season in Philip Island, Australia.