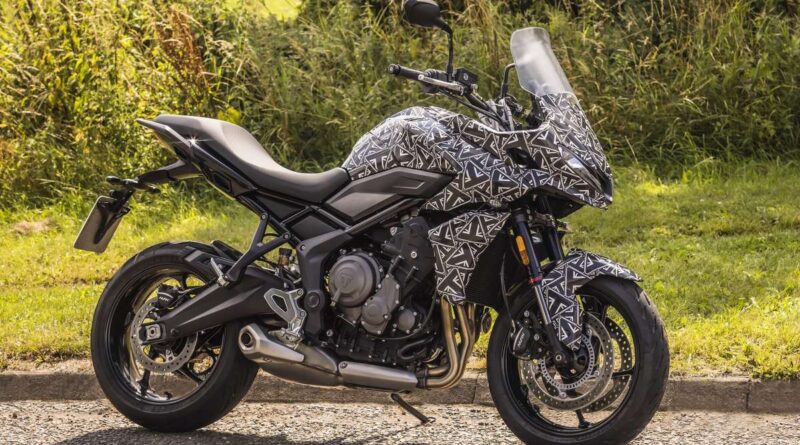 Triumph announced that it is developing a new motorcycle to compete in the medium displacement Crossovers (Adventure Sports models) segment: the Tiger Sport 660.

These are the first information and images released by the English manufacturer about this new model, which is in the final stages of testing.

In the images released (still with camouflage), we can see that the new bike has good frontal protection, with a fairing and a windshield. The suspension appears to be slightly higher, with an inverted Showa fork at the front and monoshock at the rear.

Furthermore, it appears to use the same base as the recently released ‘naked’ Trident 660. Chassis and engine will likely be the same, perhaps with some tweaking.

In one of the images we can see the Tiger Sport 660 equipped with rigid side cases (saddlebags), which allows you to carry a certain amount of luggage.

More information will be released in the coming weeks, but there are still no details on the second stage of its development or the forecast for its worldwide launch.

In addition to the Tiger Sport 660, the company is about to launch a new sportbike, the Speed Triple 1200 RR, which already had a teaser video released.