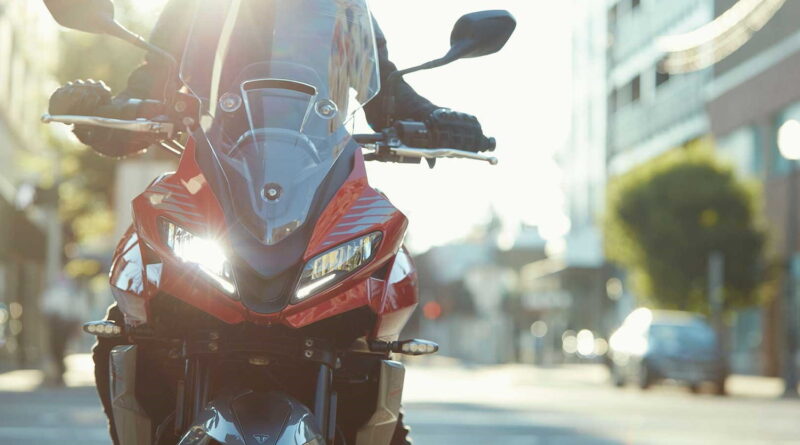 Along with the announcement, it was released a new image of the final bike, in red color. Now it is more clear how the Tiger Sport 660 looks, especially on its front, with double horizontal LED headlights. The design is sharp, with well defined angles.

These are the first information and images released by the English manufacturer about this new model, which is in the final stages of testing.

Also, in the previously released image, we can see that the new bike has good frontal protection, with some fairing and a windshield. The suspension appears to be slightly higher than on the Trident 660, with a USD Showa fork at the front and monoshock at the rear.

Talking about Trident 660, it appears that Tiger Sport 660 uses the base of the ‘naked’ bike. Chassis and engine will likely be the same, perhaps with some tweaking.

In one of the images we can see the Tiger Sport 660 equipped with rigid side cases (saddlebags), which allows you to carry a certain amount of luggage.

So, stay tuned on October 5th to witness the dawn of a new adventure sports era.