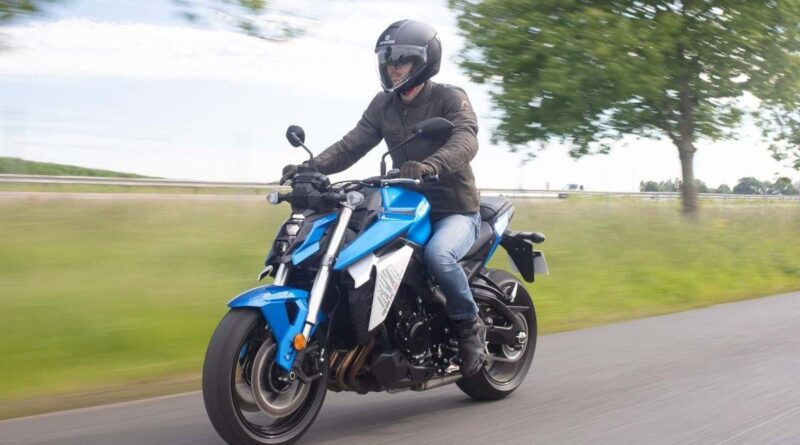 Suzuki announced in the UK the new GSX-S950, with the possibility of use with A2 license (up to 35 kW). It is practically the new GSX-S1000, but with a restriction kit.

To differentiate it, it has exclusive graphics, with the inscription ‘GSX-S950’ on the radiator side fairings.

Otherwise, it’s the same base as the GSX-S1000, which arrived this year with a new, more aggressive design, new technologies and engine improvements.

Suzuki says that the GSX-S950 will represent a new proposition in the market, providing a ‘big bike’ experience at a restricted output for new riders, before becoming an ideal stepping stone to more powerful machines once derestricted.

Despite the reduced power, the torque is practically the same as the ‘integral’ version, peaking at 92 Nm (9.5 kgfm) at 6,500 rpm. In addition, it has the same assist and slip clutch.

Almost all other specs are the same as the GSX-S1000 (see below for more details). The Suzuki GSX-S950 will hit stores in the UK from August, and the price is yet to be set. This version is not expected to be sold outside Europe.

The Suzuki GSX-S950 features the same design as the GSX-S1000. Now, it has straighter lines and sharper angles along the entire length of the bike. You can see sharp angles on the tank, rear and new side fairings.

Even “wings” derived from the bike used in MotoGP it has. They are small, but they are there, in the side fairings.

Another novelty is the adoption of a new front optical set, with LED cannons arranged vertically. The set sits in a lower, leaning position, adopting a true ‘streetfighter’ look.

Speaking of lighting, it is not Full-LED like the GSX-S1000, only the headlights and taillight have this technology. The turn signals are the traditional ones. The instrument panel is the same, 100% digital in LCD.

It also has a Bi-directional Quick Shift System, which allows for almost instantaneous up and down shifting, without the need to actuate the clutch.

Another item present in the model is the 32-bit Ride-by-wire Electronic Throttle System, which is more accurate.

In addition, the chassis is the same as the GSX-S1000, made of twin-spar aluminium with ruggedly braced aluminium swingarm.

Finally, it has the same large fuel tank as the integral version, with a capacity of 19 liters.

For more information on the GSX-S950, visit the Suzuki UK page at https://bikes.suzuki.co.uk/bikes/street/gsx-s950/.