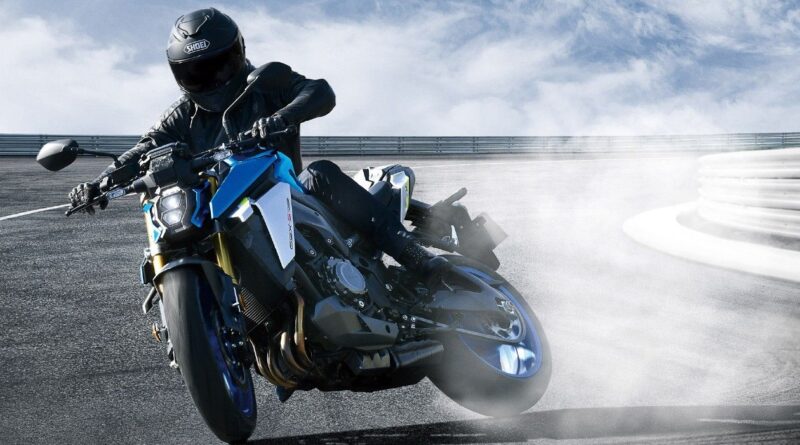 The main easily identifiable change in the new GSX-S1000 is the new design. Now, it has sharper lines and more defined angles along the entire length of the bike. It is possible to see well-defined angles in the tank, in the rear and in the new side fairings.

Even “wings” derived from the bike used in MotoGP the 2022 Suzuki GSX-S1000 has. They are small, but they are there, in the side fairings.

Another novelty is the adoption of a new frontal optical set, with LED cannons arranged vertically. The set is in a lower and more inclined position, adopting a true ‘street fighter’ look.

Speaking of lighting, it now becomes Full-LED, that is, headlights, flashlights and turn signals rely on this technology. Completing the ‘package’, the instrument panel is also new, 100% digital LCD.

The new 2022 Suzuki GSX-S1000 arrives full of technology, being totally updated and ready to face the competition.

It features the Suzuki Intelligent Ride System (S.I.R.S.), which is the system of riding modes. There are three options available: Active (which releases power and torque more aggressively), Basic (which softens this delivery), and Comfort (as the name says, offers the highest level of comfort, with more ‘docile’ power and torque delivery).

Another safety item is the Suzuki Traction Control System (STCS), with five levels of adjustment, which is programmed to continuously monitor the speed of the front and rear wheels, engine RPM, throttle position and gear position.

The GSX-S1000 now features Bi-directional Quick Shift System, which allows for almost instantaneous up and down shifting without the need to engage the clutch.

Another new item in the model is the 32-bit Ride-by-wire Electronic Throttle System, which is more accurate and precisely controls engine power output in relation to throttle action.

The 2022 Suzuki GSX-S1000 had its engine updated, mainly to conform to the new Euro5 anti-pollution standard, but even so, it got a little more powerful.

The inline, four-cylinder, 999 cm³ engine with liquid cooling, derived from the super sport GSX-R1000, is now capable of generating up to 152 HP of maximum power at 11,000 rpm, that is, 2 HP more than the previous model. The delivery of power and torque became more linear, especially at low and medium revolutions.

In addition, it has a new exhaust system (Changes include a new layout behind the collector, a new chamber structure, and the addition of a second catalytic converter inside the chamber) and Suzuki Clutch Assist System (SCAS), the slipper clutch which is complemented by a new assist function that increases the clutch’s clamping force under acceleration and thereby allows the use of softer springs, realizes a light touch to clutch lever operation and reduces left hand fatigue in traffic jams or on longer rides.

Finally, the new model has a fuel tank with a larger capacity (19 liters), 23 mm wider grip, performance-tuned suspension, high-performance wheels and tires and a rich lineup of genuine accessories. 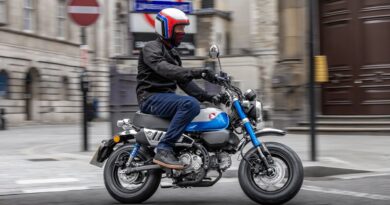 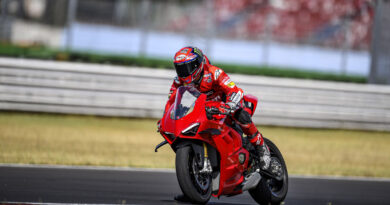 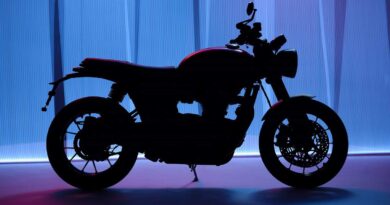