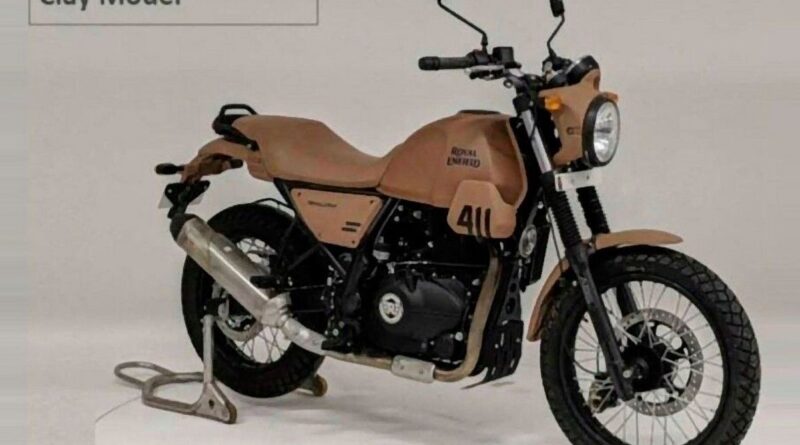 Royal Enfield is working on a new model based on its adventurous bike, Himalayan. It is a Scrambler version and could be released as early as 2022.

According to information, the company would have even registered the name ‘Scram’ in India and, therefore, the new bike could be called Royal Enfield Scram 411. With the image of the model being worked in clay, it is clear that this version is under development.

Himalayan is an adventurous on/off-road model, prepared to ride mainly off the asphalt. This new Scrambler model, on the other hand, would be focused on paved roads, with a smaller front wheel (19 inches), no windshield and no support for side bags.

In addition, the new model eliminates the off-road front fender and side protection bars. As a differential, it gets a small fairing around the headlight and new side fairings.

Some believe the Scram 411 is also offered with alloy wheels in addition to the current one with steel spokes.

Anyway, we will have to wait for more information. For now, there is nothing official, but with the leaked image, it is clear that a new bike from the Indian brand is on the way.

How is the RE Himalayan

Himalayan is a bike with off-road capabilities and features monoshock rear suspension, the first on a bike from the brand.

Now, it has the so-called ‘Tripper Navigation System’, an LCD screen with turn-by-turn navigation function. It’s powered by Google Maps and the Royal Enfield app, keeping your smartphone connected to the bike via Bluetooth.

In terms of colors, the model gained two-tone paint options, in addition to the traditional ones already available: Rock Red (Red with Black) and Lake Blue (Blue with White).

The Royal Enfield Himalayan is equipped with a 21″ spoked wheel at the front and 17″ at the rear, and equipped with dual purpose tires and ABS.