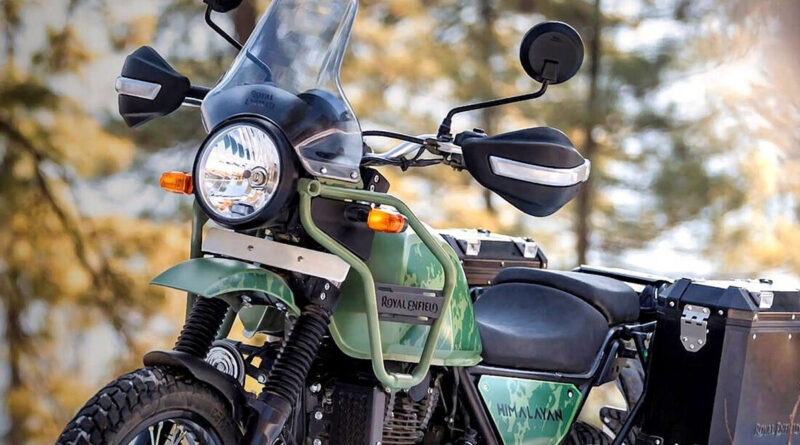 Royal Enfield today announced the launch of the new 2021 Himalayan across India, Europe and the UK, in three new colors, along with a range of upgrades.

Now, the 2021 Himalayan has the so-called ‘Tripper Navigation System’, an LCD screen with turn-by-turn navigation function. It is powered by Google Maps and the Royal Enfield app, keeping your smartphone connected to the bike via Bluetooth.

The new model also receives several improvements for the seat, the rear luggage rack, the front rack and a new windshield.

The Himalayan is a motorcycle with off-road capabilities and features a monoshock rear suspension, the first on a Royal Enfield motorcycle.

Improvements received at the end of 2020

The Himalayan got in 2020, the ‘switchable ABS’, compliance with the EURO5 anti-pollution standard and two-tone color scheme.

With the ‘switchable ABS’, it is possible to turn off the system on the rear wheel, allowing for a more suitable off-road ride.

In terms of colors, the model gained two-tone painting options, in addition to the traditional ones already available: Rock Red and Lake Blue.

The Royal Enfield Himalayan is equipped with a 21 “spoke wheel at the front and 17” at the rear, and equipped with mixed-use tires and ABS.

The fuel tank has a capacity of 15 liters and, according to the brand, has luggage attachment points that allow you to place or remove your belongings very easily.