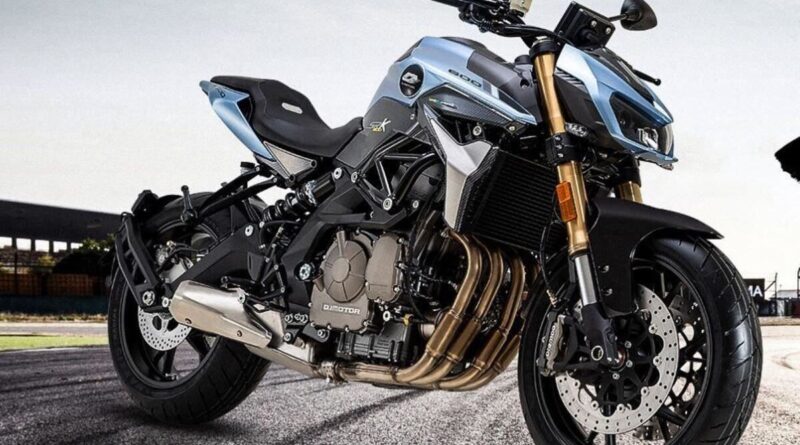 Chinese motorcycle manufacturer QJMotor has the QJ600GS in its lineup, a ‘naked’ motorcycle with a 600cc in-line 4-cylinder engine.

First of all, for those who don’t know, QJMotor is one of the biggest motorcycle manufacturers in China, and owns Benelli, Keeway and KSR, well-known brands in Europe.

The QJMotor QJ600GS (also known as SRK 600) is a motorcycle that competes mainly with the Honda CB 650R, with a very aggressive design (the headlight reminds a lot of the Kawasaki Z1000).

Anyone who thinks they saved on this bike is wrong: see the main highlights below.

It has a steel trellis chassis and an aluminum magnesium alloy rear swingarm. The front suspension is an upside-down KYB. Brake calipers are from Brembo (front and rear) with radial mounting at the front, equipped with Bosch ABS.

In addition, it features a Smart Keyless Ignition System, Full-LED lighting, USB port on the console for charging and a 5-inch 100% digital color TFT panel.

The gearshift is 6-speed and has an assist and slip clutch. The fuel tank capacity is 12.5 liters.

Anyway, for those who like 4 cylinders, this bike can be an option. As QJMotor owns Benelli, maybe will hit stores in Europe, but there is no forecast.