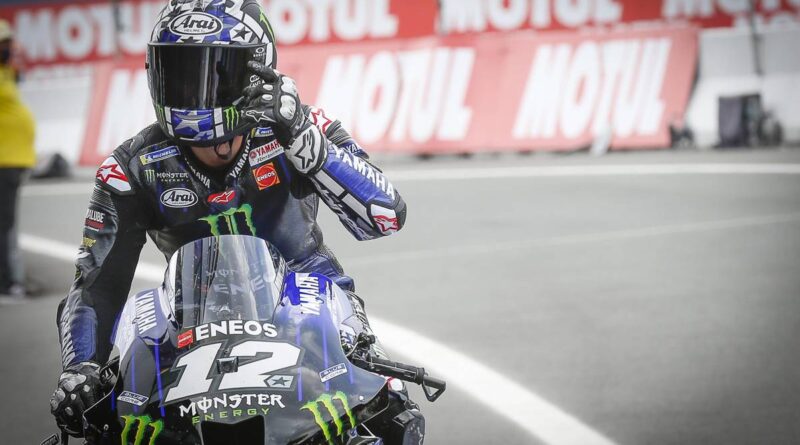 A week after finishing last at the German GP, Monster Energy Yamaha rider Maverick Viñales managed to come back on top and will start at the front at the Dutch GP for MotoGP.

The Spaniard managed to beat his teammate, Fabio Quartararo, and set the fastest lap of the Assen circuit (new record), with a time of 1:31.814, just 0.071s ahead of the Frenchman.

Who closes the front row is Francesco Bagnaia (Ducati Lenovo Team), who had to compete in Q1. He moved into Q2, along with Johann Zarco (Pramac Racing Ducati). The Frenchman, who currently occupies the second place in the championship, starts from fifth position.

Marc Marquez (Repsol Honda Team), winner of the German GP, found it difficult in Q1 and crashed, and will start from 20th place (his worst qualifying in the premier-class).