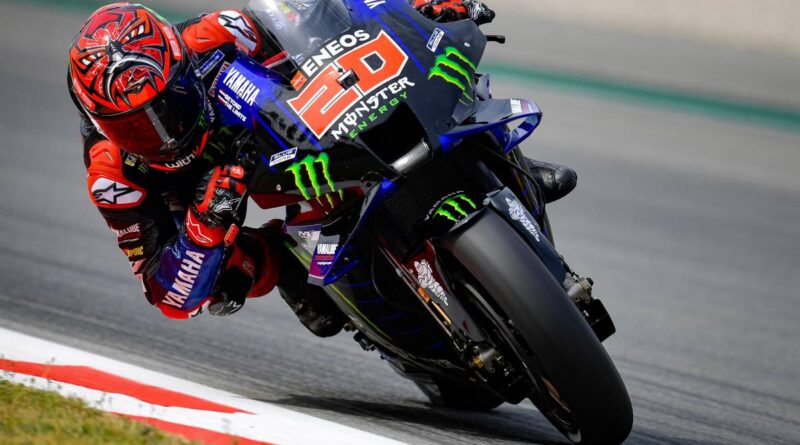 Fabio Quartararo, a Monster Energy Yamaha rider in MotoGP, will start at the front in the Catalan GP. The Frenchman took pole by just 0.037s off second place, Jack Miller (Ducati Lenovo Team).

With a time of 1: 38.853, he starts at the front for the fifth time (in a row!) of the year. Next to him, in the front row, two Ducati bikes: Miller in second and Johann Zarco, a Pramac Racing Ducati rider, in third.

To compete for pole, Miller had to go through Q1, along with Pol Espargaro (Repsol Honda Team).