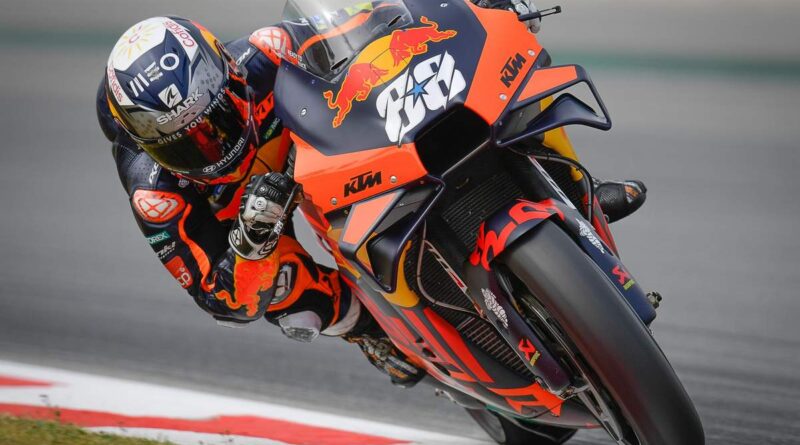 Updated (June 6 at 14:28): after this article was closed, Fábio Quartararo received another 3 second penalty for riding without his leather suit correctly closed and without the necessary chest protector. With that, he finished the race in sixth position.

Miguel Oliveira, Red Bull KTM Factory Racing rider in MotoGP, won the Catalan GP at Barcelona this Sunday. The Portuguese managed to hold the championship leader Fabio Quartararo, who in the final laps was involved in some incidents.

Quartararo started from pole position, but in the first corner, he lost the position to Jack Miller (Ducati Lenovo Team) and Miguel Oliveira. The KTM rider managed to take the lead on the second lap and rode calmly, opening up a bit for the others.

Impatient as he was showing more pace, Quartararo made a mistake on lap 2 and with it he lost third position to Joan Mir (Team Suzuki Ecstar) and Aleix Espargaro (Aprilia Racing Team Gresini) – the latter ended up crashing a few laps later and retired.

On lap 7, Quartararo managed to recover and already occupied second position. Quickly, he was already applying pressure on the Portuguese rider and, after a few laps, he managed to regain the lead in the race.

But, on lap 14, Oliveira managed to put his bike ahead of the Frenchman and, from there, controlled his race without too many problems. Only at the end did he come under pressure from Johann Zarco (Pramac Racing Ducati), but managed to hold onto the victory.

Quartararo began to suffer from tire wear and, with four laps to go, was passed by Zarco on the brakes for turn 1. The Frenchman did not want to accept the loss of position, delayed the braking but ended up cutting the turn.

With that, he ended up taking a 3 second penalty after the end of the race and lost third place to Miller. Quartararo also had an incident with his leather suit (which opened, or was opened), took off his chest protection and threw them away. The leathers was left open in the final 3 laps.

The race in Barcelona had more drama. Marc Marquez (Repsol Honda Team), was running very well, overtaking several riders and was already in sixth place, when he lost the front of the bike at turn 10, crashed and retired.

Before, his teammate, Pol Espargaro, had also fallen and abandoned. Tragedy for the Honda team.

Another who crashed and retired was Valentino Rossi (Petronas Yamaha SRT) who, despite not having a good performance, occupied the tenth position when he crashed.

Anyway, Quartararo leaves Catalonia in the lead of the championship, with 118 points, 17 points more than the runner-up, Johann Zarco, who has 101 points.

See the race result in Catalonia:

MotoGP returns on June 20, with the German GP. 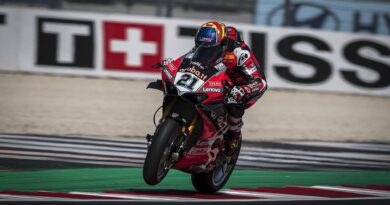 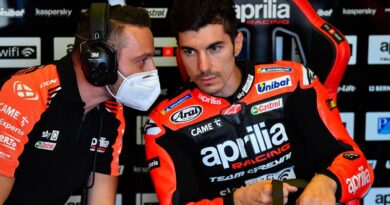 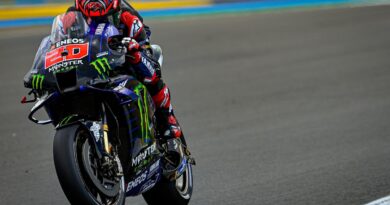 MotoGP | Quartararo takes pole at Le Mans, and starts at the front in the French GP