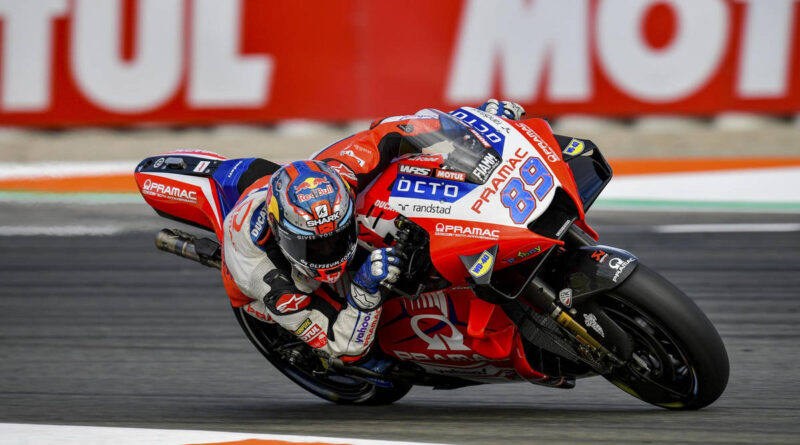 Pramac Racing rider Jorge Martin will start at the front at the Valencia GP, for MotoGP, in what is the last race of the season, and for Valentino Rossi, who is retiring.

With a time of 1:29,936, Martin was just 0.064s faster than second-placed Francesco Bagnaia (Ducati Lenovo Team), but enough to score his fourth pole in his rookie season. The first row was all from Ducati, as Jack Miller took third.