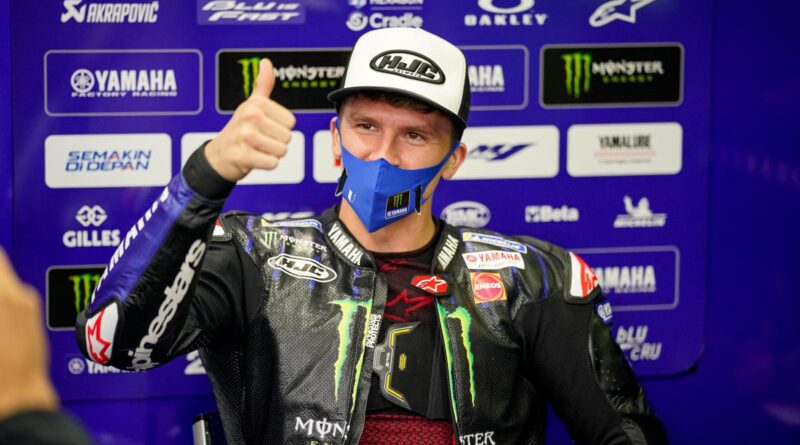 Gerloff participated in Friday’s free practice sessions at last year’s European Grand Prix at Valencia for Monster Energy Yamaha MotoGP, when he replaced Valentino Rossi, who was awaiting the result of the PCR test before he could compete.

This time, the American – four times on the WorldSBK podium – will participate during the weekend aboard a Yamaha YZR-M1, as Morbidelli was forced out of Round 9 after suffering a knee injury during training on Tuesday.

Morbidelli’s replacement would be Turkish Toprak Razgatlıoğlu, Yamaha’s official team rider at WorldSBK (Pata Yamaha with Brixx WorldSBK), but turned down the opportunity in favor of staying focused on his main goal in 2021, fighting for the title of the World Superbike Championship.

The Turkish rider is currently second in the championship standings and just 20 points off the first place, going into the next round at Donington Park between July 2nd and 4th.

Gerloff: “I’m excited for the opportunity ahead, I’m not someone who runs away from a challenge, so I’m ready to get to the track. It’ll be a new circuit for me, I like trying new tracks, it looks fun, fast and flowing, and really suits my riding style. I’m looking forward to jumping on the Yamaha M1 again and twisting the throttle. We’ll see how things go, but I feel good and would like to thank Yamaha and the team for considering me. It won’t be easy, but I’m going to give it my best shot!”

MotoGP returns on June 27, with the Dutch GP at Assen.