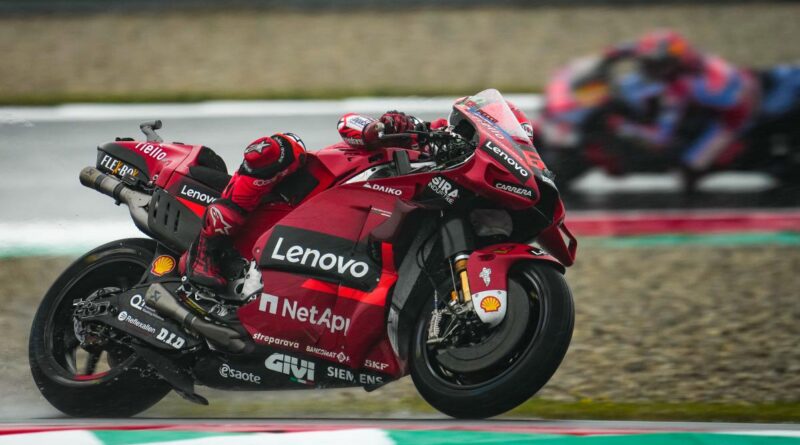 Francesco Bagnaia, a MotoGP rider for the Ducati Lenovo Team, will start from pole position at the Dutch GP this Sunday. The Italian did a sensational lap, broke the All Time TT Circuit Assen Lap Record, and took pole, his second in a row.

Championship leader and main rival, Fabio Quartararo (Monster Energy Yamaha MotoGP), was just 1 tenth of a second behind, and will start from second position.

With rain threatening to fall at Assen, the riders took to the track and gave it their all on the first launched lap. With that, both Martin and Quartararo, set the best times, breaking the record.

Bagnaia had the third best time but after stopping in the pits and putting a new soft tire on the rear, he returned to the track and poured all the power of the Ducati engine to get the best lap, 1:31.504s, that is, more than 3 tenths of a second of the old record, which was held by Maverick Viñales (Aprilia Racing), achieved in 2021.

The second row starts with another Ducati, this time from Marco Bezzecchi (Mooney VR46 Racing Team). At his side is Aleix Espargaro (Aprilia Racing), who hopes to perform well in the race to close the gap to Quartararo. Rounding out Jack Miller (Ducati Lenovo Team) was sixth fastest.