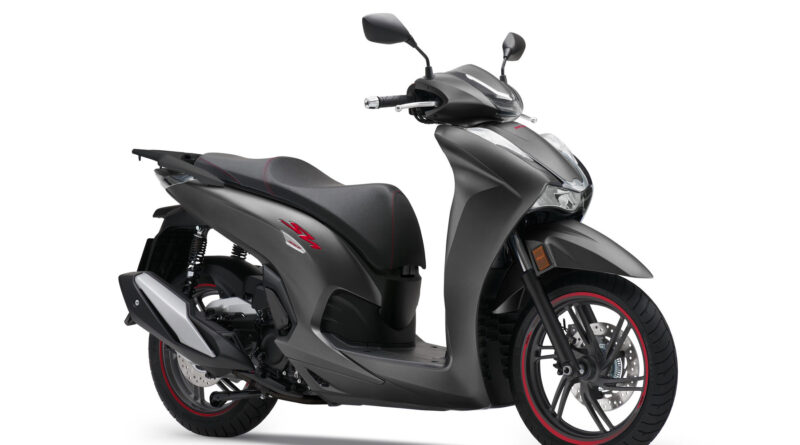 Honda launched in Europe the 2022 SH350i Sporty Edition, its 350cc scooter, which arrives with two new colors, as well as some premium touches. The model has the same engine as the MaxiScooter Forza 350.

The new colors of the Sporty Editions version are: Pearl Falcon Gray and Mat Blacky Gray Metallic. Both Sporty Edition colors also feature several premium touches, including matte gray applied to the wheels, front suspension, rear carrier and engine covers, red stitching on the seat, red and gray stripes on the wheels, plus the red Honda logo on the front and Red ‘SH’ logo on the side.

In addition to the above colors, the following are available (in the ‘standard’ version): Pearl Cool White, Mat Carnelian Red Metallic, Mat Ruthenium Silver Metallic and Black.

The look of this flat-floor scooter was one of the most changed, with new headlights and flashlights, all LED. In the case of headlights, they are in a lower position, close to the fender and more horizontal. The instrument panel is new in LCD.