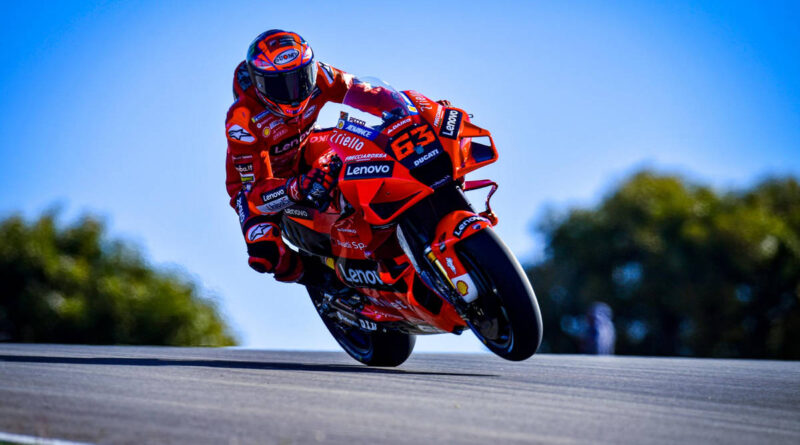 Ducati Lenovo Team rider Francesco Bagnaia will start at the front at the Algarve GP, in MotoGP. It was his 5th pole in a row and, on top of that, he managed to break the track record, a new Portimao all-time lap.

With a time of 1:38.725, Bagnaia was 0.104s faster than second position (and his teammate), Jack Miller. The front row was completed with Joan Mir (Team Suzuki Ecstar), his best starting position in the premier class.

The second row is occupied by more Ducati bikes, this time from the Pramac Racing team, with Jorge Martin in fourth and Johann Zarco in fifth. Pol Espargaro (Repsol Honda Team) completes sixth.

Another Honda appears in the top ten, this time by satellite team from Alex Marquez (LCR Honda Castrol), who starts in eighth. Franco Morbidelli (Monster Energy Yamaha MotoGP) is ninth and Iker Lecuona (Tech3 KTM Factory Racing), who came from Q1 and who in 2022 will be in the Superbike World Championship (WorldSBK), is tenth.