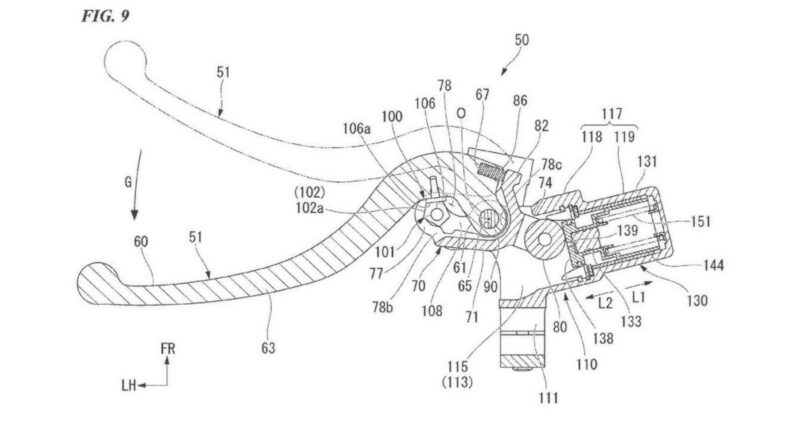 Honda has filed a ‘Ride-by-Wire’ electronic clutch patent for motorcycles, according to some international websites such as Visordown, Moto.it and Cycleworld.

Apparently, the system is similar to the electronic accelerator ‘Ride-by-Wire’, present in several current models, without the presence of cables to do the job.

According to the drawings, the system will have an ECU with a hydraulic pressure control unit, in addition to several sensors, including drum angle sensor, shift load, throttle opening degree, vehicle speed and engine speed sensor.

With this, it is expected that the use of the clutch will be simpler and smoother, with computerized electronic help to make the ride more pleasant.

Of course, many will reject the idea, that ‘electronic intrusion’ is going too far and that some equipment should continue with ‘analog control’.

Remember that autonomous driving systems (already used in some cars) are not perfect and some accidents have been reported.

Finally, Honda’s patent is no guarantee that the system will, in fact, be produced and used. But it is important to highlight that the technology, being correctly used, can help, in many situations.