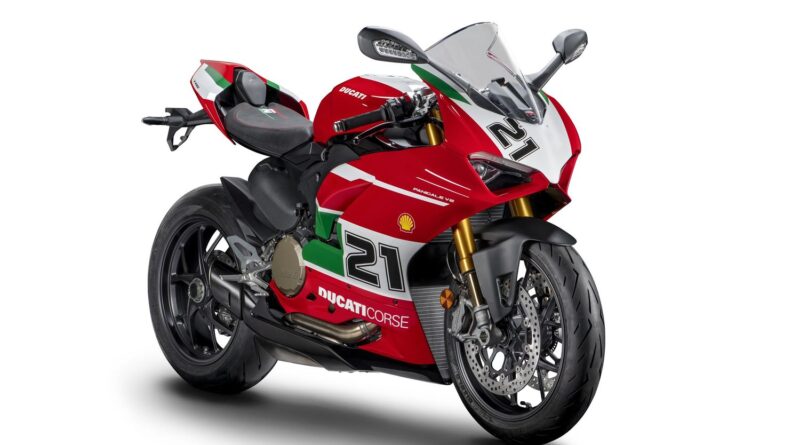 Ducati started production in Borgo Panigale of the special Panigale V2 in honor of Troy Bayliss and commemoration of the Australian rider’s first ever World Superbike title in 2001.

Starting from October, the bike will be available at Ducati dealerships around the world.

Troy Bayliss is the only motorcycle racer in history capable of winning in MotoGP and World Superbike (WorldSBK) in the same season (2006) and his achievements in the race have indelibly imprinted the Australian’s name in the hearts of all Ducatisti.

How is Panigale V2 Bayliss

The “Bayliss 1st Championship 20th Anniversary” edition is taken from the base of the Panigale V2, the brand’s entry-level sports bike, and is characterized by its special paint, whose graphics are inspired by the 996 R used by Bayliss in 2001.

Ducati red is the main color of the bike and joins green and white in a tribute to the Italian spirit of the Bologna-based motorcycle manufacturer.

The NX30 inverted front fork and TTX36 rear shock, both from Öhlins, guarantee maximum smoothness and are designed to get the best performance on the circuit, with a setup that makes the bike more precise and offers the rider greater sensitivity and support at all stages of riding.

Compared to the standard version, the Panigale V2 Bayliss 1st Championship 20th Anniversary is also 3 kg lighter, thanks to the adoption of a lithium-ion battery and the choice of single-seat configuration.

All controls are integrated into the three Riding Modes (Race, Sport and Street) which can be modified using the 4.3″ color TFT panel.

Anyway, the Panigale V2 Bayliss 1st Championship 20th Anniversary will be available in all dealers in the Ducati network starting from October 2021 at a dealer price of €20,990 (referred to the Italian market).