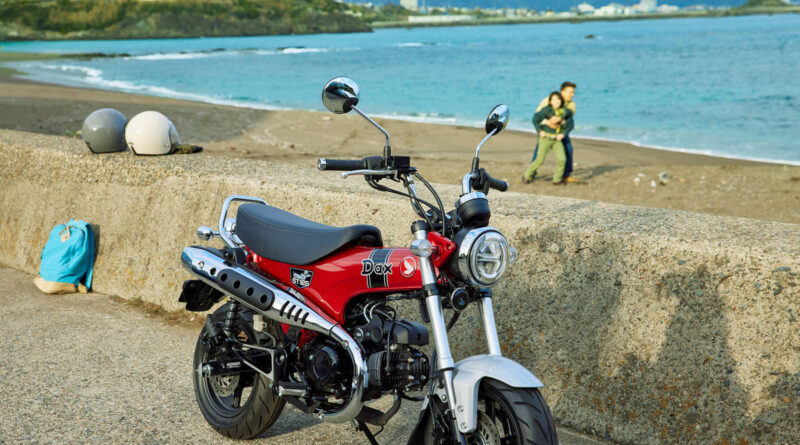 Honda has launched the 2023 model of the ST125 Dax in Europe after more than 41 years of absence from the company’s lineup. The model arrives to be another 125cc mini-bike option, alongside the Monkey and the MSX125 Grom.

With a pressed steel structure characteristic of the original model that came into the world in 1969, the 2023 Honda ST125 Dax brings modernity to the retro set, with 31mm USD suspension at the front, Full-LED lighting, digital panel and disc brakes on both wheels with ABS.

The pressed steel frame doubles as a fuel tank and is one of the standout components on this charming mini motorcycle that, according to the brand, will appeal to riders now in middle age – riders who may have owned a Dax in their youth and are pleased to see it return.

A little about the bike’s name: its iconic T-shaped frame extends from under the seat to the handlebars and sits atop the tiny 12″ wheels, the look is reminiscent of the universally adored Dachshund. Or Sausage Dog, to name it in everyday English.

This engine works together with a 4-speed semi-automatic gearbox with centrifugal clutch, without the need for a clutch lever. With this, the model is capable of reaching up to 90 km/h and has a fuel consumption of 63.7 km/l (WMTC mode).

In addition, as mentioned, it has 31mm inverted suspension at the front, 5-spoke 12″ aluminum wheels, disc brakes on both axles with ABS at the front, wide tires, Full-LED lighting and a fully digital LCD panel.