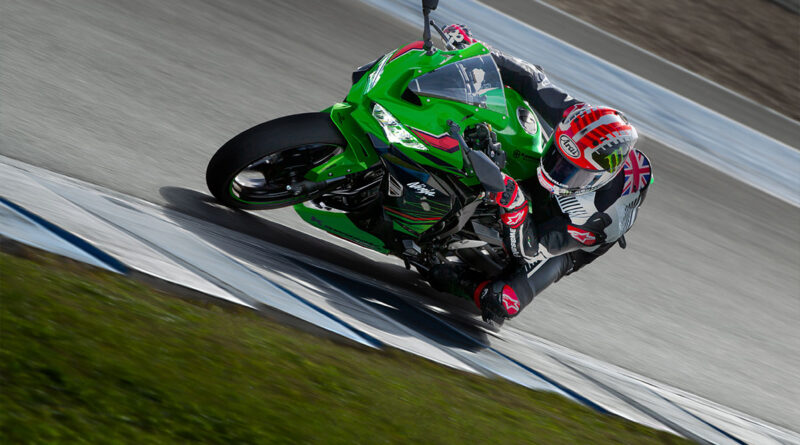 Kawasaki may be working on a Ninja ZX-4R, a 400cc, 4-cylinder sports motorcycle, according to rumors published by the German website motorrad.

According to them, two new Kawasaki models have been registered in the USA (but not yet confirmed), the ‘ZX400 PP’ and the ‘ZX400 SP’, with an engine also registered with the information ‘399cc, 4 cylinders’. They believe that one of the bikes could be the 4-cylinder ZX-4R, which arrives to rescue the memories of the 1989 ZXR 400.

Rumors of a ZX-4R have been circulating for a while, especially after the launch of the ZX-25R in Indonesia in 2021, a motorcycle with a 250cc 4-cylinder high revving engine, as it can revs up to 17,500 rpm.

The 250cc model has a maximum power of up to 50.3 hp at 15,500 rpm. So, the ZX-4R is expected to have around 70 hp, as the 1989 model had 62 hp and, with modern technology, it would be possible to extract a little more, even with more restrictions on pollutant emissions.

Anyway, for now it’s still just rumors but, apparently, a new 4-cylinder motorcycle from the Japanese brand is in the oven. Now we have to wait for more information in the coming months.

Kawasaki launched the Ninja ZX-25R in Indonesia in 2021, a sports bike that arrived with a 250cc, 4-cylinder engine capable of revving over 17,000 rpm. It was developed for Asia, mainly Indonesia and Japan.

The 250cc model closely resembles the Ninja ZX-6R in terms of design, with very similar fairings and angles. This new design first appeared on the Ninja 400 in 2017, with aggressive styling and a modern, high-class design inspired by the larger supersport motorcycles in the Ninja family.

Technology is not lacking

In terms of technology, the ‘small’ ZX-25R brings many items usually present only in larger and more sophisticated models.

In the ZX-25R ABS SE and ZX-25RR versions, there are the following items:

In addition, in all versions, the front suspension is 37 mm USD (Upside Down) Showa SFF-BP (Separate Function Fork – Big Piston), being adjustable in the ZX-25RR, and a 310 mm semi-floating front disc.