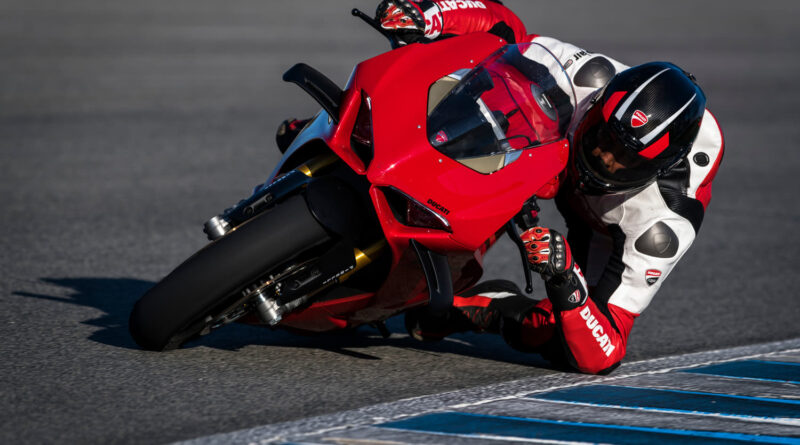 Ducati has launched in Europe the 2023 Panigale V4, its 1103cc sports bike, which arrives with a series of electronic improvements that make it even easier and more intuitive for riders of all levels, as well as offering more comfort.

According to the brand, the 2022 model of the Panigale V4 has completed the most significant evolution since its birth, with improvements involving all areas, namely engine, chassis and aerodynamics.

In the 2023 versions of the Panigale V4, Panigale V4 S and Panigale V4 SP2, the advance is made through the adoption of an updated electronic package, capable of further increasing the riding sensation and performance on the track.

To improve stability, precision and directionality in braking and cornering, the 2023 Panigale V4 receives the new Engine Brake Control (EBC) EVO 2 software, which features a different calibration from gear to gear at each of three selectable levels.

It also gets a new strategy for the Ducati Quick Shift (DQS), improving gear shift fluidity at all degrees of throttle opening.

In addition, it received a new strategy for the cooler, capable of offering better management of operating temperatures and greater thermal comfort for the pilot.

The transmission is 6-speed with assist and slipper clutch, in addition to the quick-shift system. It has a gear ratio from the WorldSBK Championship, that is, geared towards racing.

The 2023 Panigale V4 is equipped with a state-of-the-art electronics package based on the use of a 6-axis inertial platform. In addition, it has an enhanced color TFT panel, and Full-LED lighting.

According to the company, the new model is already at dealerships and these updates will also be available to all 2022 model owners through a simple intervention that can be carried out at a Ducati Service from the end of July 2022.