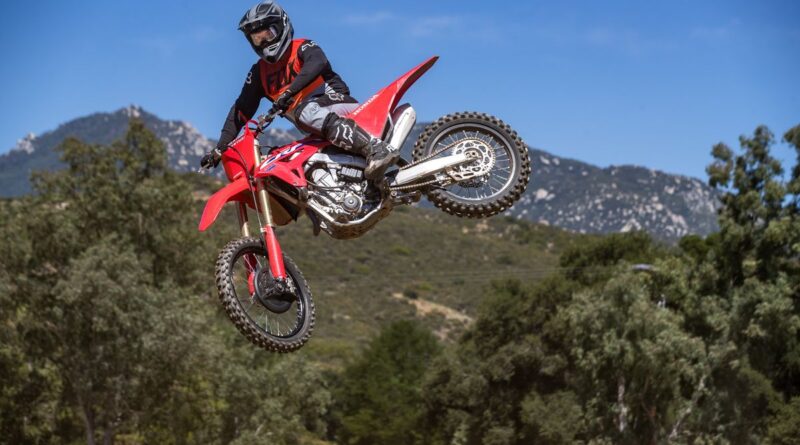 Honda just announced the 2022 CRF450R, which comes with new ECU settings plus a re-valve for the Showa suspension. The frame remains unchanged, been the same of the 2021 model.

The Honda CRF450R was completely redesigned for the 2021 model, as follows:

A new hydraulic clutch and comprehensive electronics package ensured that the new bike’s ergonomics made it easier for the rider to go consistently fast throughout a race.

Building on these solid fundamentals from the 2021 model, for 2022 the CRF450R receives an ECU update boosting drive plus extensive re-valve of the front and rear Showa suspension, elevating damping performance.

For 22YM the CRF450R’s chassis is unchanged aside from internal adjustments to the front and rear Showa suspension. The aim for the 22YM evolution is to deliver noticeably improved ‘hold up’ – raising the compression damping ride height of the stroke both front and rear in use – optimizing balance between the front and rear of the machine.